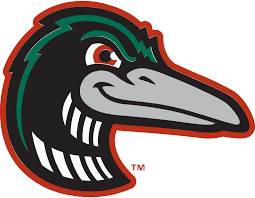 Tonight the Lake County Captains, the High-A affiliate of the Cleveland Indians/Guardians, are hosting the Great Lake Loons, the High-A affiliate of the defending World Series champion Los Angeles Dodgers at Classic Park. This is the fourth game of a six-game series! The Loons are currently up 2-1 in the series. Now, the reason it’s a six-game series between the Loons and Captains is that the Coronavirus changed the makeup of the schedule for the season.

Coming into tonight’s game, the Captains are in third place in the High-A Central- East Division with a record of 37-32 and are one game out of first place. Who’s in first place? That would be tonight’s opponent, the Loons, who have a record of 38-31. In the long run, tonight’s game probably won’t determine the final standings. But one never knows, maybe this game will be the one that tilts the scales in favor of the Captains in case there’s a tie for the division title at the end of the season.

Being that the Captains are a minor league club, they do a lot of promotions and theme nights in order to try and attract fans to attend their games. Tonight, the theme is Cleveland Sports History Night. Given the major announcement that happened earlier today in regards to the Guardians, the theme just became a lot more interesting.

Given that the theme for tonight is Cleveland Sports History Night, how much of a factor will today’s announcement play throughout the evening? Which parts of Cleveland’s Sports History are the Captains going to address tonight? It is going to be fascinating to find out the answers to these questions as the Captains look to get back in the win column as they’ve dropped two straight (5-0 on Wednesday and 8-5 on Thursday).

The other interesting thing that I’m going to be paying attention to at tonight’s Captains game is how the fans react to the new name. Most likely, there will be less of a fan reaction at the Captains game tonight than over at Progressive Field in downtown Cleveland where the Tampa Bay Rays play the Cleveland Indians. I am very interested to see how the name change affects what Cleveland Sports History Night looks like at the ballpark tonight for Lake County.