Certainly, the 2020 trade deadline is not one that came and went where Cleveland fans pondered what could have been if a deal was made. A deal was made and was arguably the biggest trade of the day. The Indians sent starting pitcher Mike Clevinger to San Diego in an eye-popping nine-player move. Sure, the Padres can definitely put Clevinger to good use and he will help them chase down a division nemesis in the Dodgers. However, this article won’t go into the who’s who of the trade. Fellow CLE Sports Talk writer Kenny Nichols already covered that here. What will be discussed are the possible why’s of the trade and how it affects the Tribe today and tomorrow.

For many, the deal comes across head-scratching and rightly so. The Indians rest atop the A.L. Central in what is currently a hotly contested race. Whereas pitching is two-thirds of baseball, one may wonder why the team dealt the second-best pitcher in the starting rotation. Additionally, the position is even more impactful in the postseason where the Indians have their crosshairs aimed. One might as well also add on the notion that a starting pitcher has a much greater effect on the game than a hitter. The hitter will likely see around two to four at-bats. The starter is there, typically, for several innings on end. Undoubtedly, it is not time wasted trying to make sense of this move.

Nevertheless, a deeper dive into the Clevinger trade reveals what could very well have been on the minds of the Tribe’s front office. To begin with, there is the recent and very well-publicized incident involving Zach Plesac and Mike Clevinger that could have put the entire team at risk of the coronavirus when they did not arrive back to the hotel with their teammates. Instead, the pair spent a night on the town during this very obvious pandemic. Reports came from a number of sources including Bleacher Report and ESPN that a team meeting saw heated exchanges between other players and Clevinger.

Teammate and fellow pitcher Oliver Perez even threatened to opt-out of the season if Clevinger was brought back. What is interesting about that and the events that have unfolded since is Oliver Perez is no household name. Surely, he doesn’t carry more weight than any other player on the team. In short, Perez alone isn’t going to get Clevinger traded. Still, there has to be more swimming under the surface of that fateful Chicago night and the team meeting that followed. If Perez felt that way, how many other Indians did as well? After all, there is strength in numbers.

It is a case of a smoking gun – if anything. While the Indians as an organization are playing this close to the chest, it only seems logical that multiple members of the team shared Perez’s sentiment on the matter. All of this points to a likely direction of being a problem in the clubhouse. If one player upsets the coop, it may be time to let that bird fly.

The next motivation to trade Clevinger is his health. While he is certainly not unhealthy, he has had a few injuries in his career, disconnected as they may be. The most recent of which was a knee injury sustained in February that required surgery. If he were a running back, the concern would be greater, right? Not necessarily. Mike Clevinger has a semi-unconventional, very aggressive windup and delivery. There is a great deal of energy in how he gets the ball to the plate. All of that energy has to come to an abrupt halt, which involves more than just his follow-through as that leg has to plant itself on the ground at some point. 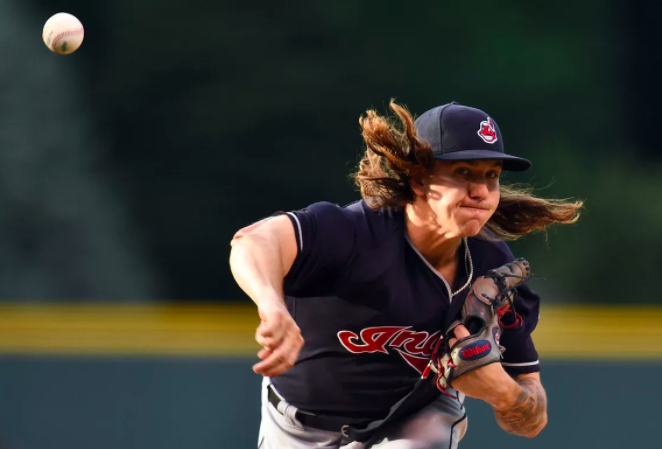 Clevinger isn’t old at 29, but approaching 30 as a pro athlete can sometimes raise questions on durability. In 2019, he experienced an ankle injury that put him on the 10-day DL and a muscle strain in his upper back that sent him to the 60-day DL, but to be fair, he did go on to have the best season of his career. Again though, injury history is real and while a player may bounce back in a month, there are lasting effects down the road that may appear sooner rather than later.

Lastly is the case of money. The Indians ownership just does not go out of its way to bust open the old wallet. It is a foregone conclusion that Francisco Lindor will be gone because of this and it is also likely a reason Mike Clevinger is now wearing a Padres uniform. He is under contract through the 2022 season and is only making $4.1 million this year which is peanuts for a pitcher of his caliber. The caveat to that is he’ll be headed to arbitration next year and that will likely double. Still not bad for a top tier pitcher’s salary. In addition, he could go through arbitration the year after that, thus potentially doubling his salary again if he continues to produce 2019 numbers.

Rest assured, there is not one reason alone why the Cleveland Indians no longer have Mike Clevinger on their roster. Whatever the case, his performance on the mound will be missed as the squad of players coming in from this deal do not replace what just went out.