The Cleveland Cavaliers are coming off of a three-stop road trip, collecting a win and trying to forget two losses. The bright side is that they are on their way back home to take on the Detroit Pistons. There are 82 games in a regular NBA season. No matter which way you shake it, that is a lot of basketball to be played. Between traveling to rival territories, minutes on the floor, team practices and solo practice, all in all, the season is grueling and sometimes even the strongest of champions are bound to run out of gas. That is exactly what happened in the fourth quarter against the Rockets.

Jefferson is quite the staple to the Cavaliers. He’s been solid on offense, draining more three balls than ever before. Jefferson is also becoming a defensive monster, thriving on stopping the opponent dead in their tracks. He was a nightmare for the Rockets Sunday even though the Cavs fell short 112-117.

One thing was apparent on Sunday night: We are missing someone to do the dirty work underneath the basket. We all witnessed the Rockets getting second and third chances to put the ball back up while the Cavs watched. Cleveland had only 38 rebounds (four offensive and 34 defensive). Typically, the team would have Kevin Love out there cleaning the glass on both sides, but since he is out, the Cavs are still trying to make it work. Falling short, it’s evident the Cavs need to get back to the basics. They were counting on each shot the Rockets took to go in and weren’t grabbing their own misses. Houston had 52 rebounds – 20 offensive and 32 defensive.

Kevin Love has averaged 11.1 rebounds and 20 points per game this season. Love looks great in those suits but would look even better wearing his jersey on the court. We are all hoping for a healthy, speedy recovery but until then, who’s going to do the dirty work? Tristan Thompson? He locked down eight rebounds and added eight points while playing 33 minutes against the Rockets. Jefferson is working on it!

Cleveland is still standing tall at the number one spot in the Eastern NBA League Conference (43-22) with the Washington Wizards (41-24) and Boston Celtics (42-25) closing in. We must continue to score points and get down and do the dirty work if we want to bring another championship home. 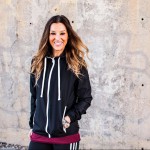