The Browns had another one of those defeats that, although close, stung.

However, this one was different. Unlike the Browns’ Week 1 loss against the Chiefs, or even the (somewhat) disappointing victory over the Houston Texans, which included obvious errors, the most recent loss to the Los Angeles Chargers might be harder to identify what exactly “went wrong.”

If you’re a Browns fan that’s also active on Twitter, you might see that many fans were eager, which could be an understatement of a word, to place blame on one player, coach, individual, etc. Including QB Baker Mayfield and HC Kevin Stefanski. And while it’s unfair to place blame on one sole person for every loss, it’s sometimes the way of the game.

Whether one player decides that this week of practices will be about improving blocking, for example, or for Stefanski & Co. to decide that this week will be about “smarter” play calling, one thing will not change: the Browns surrendered a massive 47 points to the Chargers, including an almost unbelievable 26 points in the fourth quarter alone. These 26 points are, of course, the most that the Chargers have scored in a quarter all year and more than they scored all game in Week 1 versus the Washington Football Team (20 points) or Week 2 against the Dallas Cowboys’ leaky defense (17 points).

So, when looking at the Browns’ defensive performance, which just dominantly held the Chicago Bears and Minnesota Vikings to six and seven total points, respectively, during the prior two weeks, what went wrong?

First and foremost, allow me to take a moment to appreciate QB Justin Herbert. There are extremely few quarterbacks more desirable than Herbert when asked the question, “If you were to start a team from scratch, which young quarterback would you go with?” A smart athlete with a cannon for an arm, excellent field vision and hates losing more than anything else, Herbert is significantly different from the combination of quarterbacks Tyrod Taylor/Davis Mills, rookie Justin Fields, or Kirk Cousins, who had an uncharacteristically weak game against the Browns in Week 4. While there are many differences between the aforementioned players, such as team, play style and professional experience, Herbert is the starting quarterback for arguably the best team that the Browns have faced off against all year (here’s to better weeks ahead, Kansas City). Just five weeks into the season, Herbert ranks in the top five in every major quarterback statistic, including yards (4th), touchdowns (T-3), quarterback rating (4th), all while posting an overall passer rating of 104.7 (10th) and just three interceptions. So, while the Browns allowed a massive 47 points, which many elite defenses do not do, there is still loads of credit to be given to Justin Herbert for leading his team to war against the Browns defense, which, even following Sunday’s shootout, ranks in the NFL’s top five in both total yards allowed & sacks.

It’s undeniable that the Browns are one of the smartest teams in the league. Although there have been a few foolish penalties, poor decisions such as going for it on 4th down, or some missed receivers downfield, the Browns are still a disciplined group of athletes led by the reigning NFL Coach of the Year and two strong coordinators in Alex van Pelt & Joe Woods. However, it’s very possible that the Browns defense was unprepared for some of the offensive weapons that the Chargers used, perhaps due to a lack of research and preparation. While certain players are established professionals & simply had their way, such as the aforementioned Justin Herbert, as well as lead running back Austin Ekeler, there were other assets at Herbert’s disposal that also did major damage to the Browns defense. Tight end Donald Parham Jr. took advantage of this by helping Herbert move the ball downfield (29 yards), while also adding one of many touchdowns and a two-point conversion that served as a spark plug to Los Angeles’ electric fourth-quarter performance. While the Browns did a sufficient job of bottling up lead tight end Jared Cook (29 yards on just three catches, no scores), there were more weapons for Herbert to throw to, which led to Parham Jr. doing damage in the end zone on more than one occasion.

And then there’s Mike Williams. Anyone who watched Sunday’s game, and for anyone who has been following the Chargers this season knows that Williams has been wreaking havoc all season long. Williams was able to do essentially whatever he wanted against the Browns, using his speed and ridiculous size to exploit a busted coverage for one of his two scores and made life difficult on Denzel Ward, Greedy Williams and A.J. Green all day long. For you fantasy football lovers out there, Williams is currently the second-highest ranked wide receiver in fantasy football (ESPN) and averages 23.2 fantasy points per week. For perspective, Browns receiver Odell Beckham Jr., through three games, has averaged just 7.6 fantasy points. And while the two teams may have different play styles (though not vastly different, as Los Angeles also boasts a skilled backfield and other talented receivers), Williams has undeniably done his part to lead the Chargers to not only their victory over the Browns (eight receptions, 165 yards & two touchdowns), but to their smoking hot 4-1 record against several formidable opponents.

Williams’ emergence in this offensive scheme, spearheaded by Joe Lombardi, is likely something the Browns had been following, but there are definitely questions on how they prepared for it and leaves questions on how they will prepare for the elite receiving weapons of the upcoming matchup with the Arizona Cardinals, which features All-Pro receiver DeAndre Hopkins, Rondale Moore, Christian Kirk, A.J. Green, as well as skilled pass-catching running backs Chase Edmonds & James Conner.

There are many areas that could have potentially gone wrong defensively for the Browns. But to paraphrase head coach Kevin Stefanski, it’s time to learn from the loss, correct mistakes and get better as a team leading up to Sunday’s faceoff with QB Kyler Murray and the undefeated Cardinals 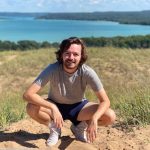 Contributing Writer for Cleveland Sports Talk, covering the Browns, Cavaliers, Fantasy Sports, and whatever’s trending! Thanks for taking the time to read our work.