Regardless of what you think about the shameless tanking that has consumed much of the NBA, it cannot be denied that the results of the NBA Draft Lottery can have a profound and lasting effect on a franchise.

Out of all the teams in the NBA, the Cavs know this very well. Not only did the lottery enable them to snag Lebron James in 2003, it also allowed them to snag the first pick three times between 2011-2014.

These two instances of incredible luck have practically defined the team, seeing that it allowed them to acquire LeBron originally and lure him back with the promise of young talent, assets and flexibility that having a roster full of lottery picks allows.

However, it should be noted that things do not always go as planned due to the random nature of the lottery.

Despite these odds, it was the Cavs pick that ended up at #4, where they selected Thompson, while the Clippers pick defied the odds and landed the coveted top spot, turning into Irving and helping to jumpstart a moribund franchise that was still reeling from The Decision and its aftershocks.

Considering this draft only produced one other All-Star in the top 10 with Kemba Walker, it is safe to say that this pick likely saved the Cavs from several additional years of NBA purgatory.

This is another reminder that a lottery pick in itself does not solve a franchise’s problems, with smart drafting is also being paramount.

One of the reasons that the Cavs have languished at times at times has been their absolutely horrendous draft record.

Before Lebron, players such as Desagana Diop, Dajuan Wagner, and Trajan Langdon ensured the team would continue to be perennial lottery participants.

During LeBron’s first tenure, the team’s inability to develop through the draft a major role in their struggles, with Daniel Gibson being perhaps the only viable role player acquired in this manner.

With LeBron’s return came the need to win now, which meant trading away draft picks for players that could help the team win now. This has resulted in the Wine & Gold not having a first-round selection since 2015.

This lack of young talent has resulted in a roster that is one of the oldest and most vulnerable in the league and ironically has led to speculation that The King will go to a team that is more suited for the long-term, such as the Philadelphia 76ers or Los Angeles Lakers.

There is a reason that these teams do so well, with their tendency to nail their picks in the draft being a major contributor to their success historically.

Clearly, the Cavs needs to draft better, making this pick and where it lands extremely important for the future of this franchise.

A favorable lottery could compel Lebron to stay, whether that is through utilizing the pick or packaging it with other assets for a high-impact veteran, while a disappointing lottery could give James another reason to leave Cleveland.

The Brooklyn Nets finished with the 8th-worst record in the NBA, which means there is a 72.5% chance that the lottery gives the Cavs this very result. The lowest the pick can fall is #11, with the highest being the #1 overall pick.

No matter the result, the team may take solace in the fact that this draft class is projected to be one of the deepest in years, with budding prospects projected to be available throughout the top 10.

Mo Bamba, Wendell Carter Jr. and Michael Porter Jr. are all prospects that may fall to the 8th pick, opening the door for the Wine & Gold to possibly grab these potential franchise cornerstones.

Currently, ESPN has the team selecting Oklahoma’s Trae Young under the assumption that they will, in fact, get the 8th pick.

Even with this projection, the fact remains that we will not have a good idea of what the Wine & Gold will do until the lottery or the draft itself actually happens

No matter how these events unfold, I have one piece of advice for the team: take the best player available regardless of position.

This would help the Cavs navigate the difficult road that likely lies ahead and hopefully usher in an era where the team finally joins the modern NBA and builds via the draft, rather than rely on the individual brilliance of one player and short-sighted trades to find success. 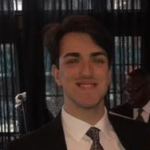