The Cavaliers have had a very difficult season.  As a result of the excellent acquisition of Andre Drummond, the lineups will be dramatically altered and hopefully improved. There will need to be changes at the point guard position, whether in the draft or in free agency. The coaching position will be under high amounts of scrutiny for the remainder of the season and a major decision will have to be made at the end of it.

After a relatively promising 4-5 start, the Cavaliers have gone 9-35, including losing their last six games and winning just one of their last 14 games. The Cavaliers are coming off a forty-one point loss to the Clippers at home, the largest in Cavaliers’ history. After making a major deal at the trade deadline, sending Brandon Knight (4.9 PPG), John Henson (5.2 PPG) and a 2023 second-round pick for Pistons star center Andre Drummond (17.8 PPG), the Cavaliers need to think about what their plan of action will be in the offseason.

Drummond, a two-time all-star, has a player option for 28.8 million dollars for the 2020-21 season. If Drummond chooses to not pick up the option he will hit free agency. Drummond said that he was “excited to be here[Cleveland]” (via Drummond’s Instagram). This gives hope to Cleveland fans that he will pick up his option, allowing the twenty-six-year-old to open up negotiations for a long-term deal in Cleveland. This would be a great thing for the Cavs, as keeping a superstar in for the long haul will drastically change the course of their rebuild.

However, this does create a problem, with the current best players on the roster, Kevin Love (17.8 PPG) and Tristan Thompson (11.9 PPG) playing the two big man positions. In Drummond’s first game against the Clippers, he and Love were the starters and Thompson came off the bench. There have been talks of a buyout for Tristan Thompson, with former Celtics star Paul Pierce pleading Thompson to push for a buy-out with the Celtics. The Cavaliers can’t continue to have a player of Thompson’s caliber come off the bench, so either he or Love will need to be sent elsewhere. Thompson will be an unrestricted free agent in 2020, so the Cavs should seriously consider allowing Thompson to be bought out by the Celtics or some other team.

This was a great trade for the Cavaliers, they absolutely fleeced the Pistons. Though, it isn’t a perfect trade as it didn’t address their main need – the guards. The Cavaliers need to take steps at both guard positions. The guards for the Cavaliers are Darius Garland (12.4 PPG), Collin Sexton (19.7 PPG), Dante Exum (2.2 PPG) and Matthew Dellavedova (2.8 PPG). Sexton is one of the Cavaliers’ best players and he will continue to improve. I’d expect him to be a Cavalier for quite some time. He is a shooting guard, so the Cavaliers need a player to take the ball up-court and control the game. Garland is currently the Cavaliers’ starting point guard, however, he hasn’t been very productive this year. Garland makes less than 40% of his shots and has a poor assist/turnover ratio of 1.41, which is less than half of the league average for guards. He is young, so he can develop, though the Cavaliers should attempt to get a veteran point guard to mentor Garland, or maybe even start ahead of him for a period of time. The Cavaliers also need to add a backup guard as they score less than seven points per game with their backup guards. 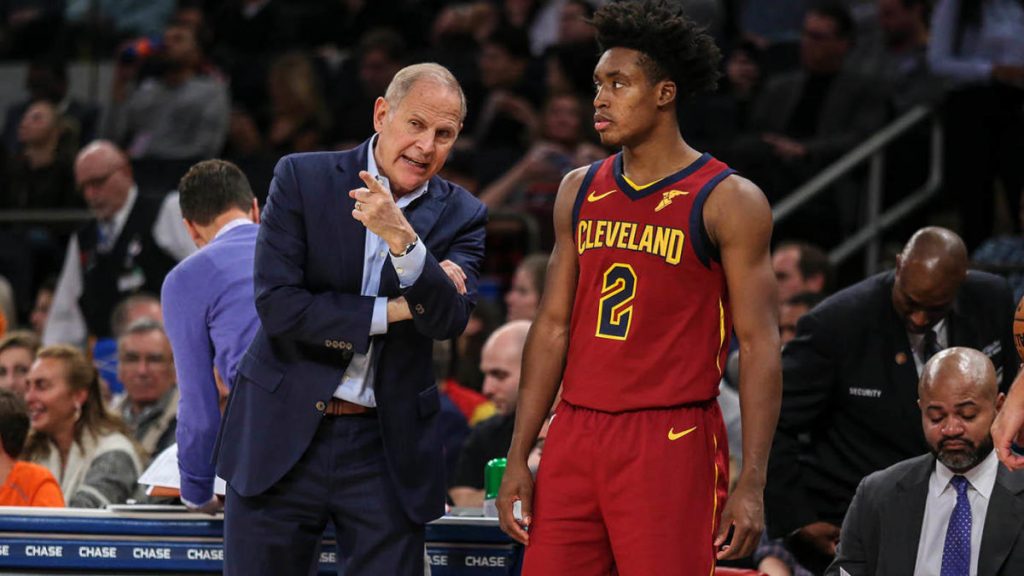 The last spot in the starting five for the Cavs belongs to Cedi Osman (10.9 PPG), though he and Kevin Porter Jr. (9.6 PPG) have nearly split time at the position. Osman and Porter Jr. serve as fine starters, but barring dramatic improvements neither can be a star player. However, they do their job and their main focus should be on acquiring new guards, not a new small forward.

The Cavaliers have the second-worst record in the NBA with only the Warriors being worse. They are certainly headed for a lottery pick, but what pick will they get and who will they take with it? The Cavaliers’ biggest need is a guard, so I would expect the Cavaliers to look for one in the draft. The top names in the draft for guards include Lamelo Ball who has played in Australia for the past season. The Cavs could also look to take Nico Mannion, a freshman out of Arizona. He has been relatively efficient this season, with having a 2.69 assist to turnover ratio for the Wildcats. The Cavaliers could also take Cole Anthony, the star player for North Carolina. Anthony was electric in the first portion of the season for the Tar Heels, allowing them to rise as high as fifth in the AP poll. However, due to injuries and less strong play as of late the Heels have struggled and he has slightly dropped on many boards. If the Cavaliers pick in the 3rd-8th range lookout for them to select Anthony.

One particularly dramatic change the Cavaliers need to consider is the head coaching job.

The Cavaliers coach, John Beilein, has struggled in his first season, especially with inspiring the locker room. There was talk that Beilein had told his locker room that they were “no longer playing like a bunch of thugs.” Beilein says that he meant to say slugs, but this certainly strained his already tense relationship with the Cavaliers players. He signed a five-year contract with the Cavaliers, though many have called for his firing at season’s end. If the Cavaliers wished to hire a coach who was coaching in college, I would expect Baylor’s Scott Drew, who has his Bears at 21-1 and number one in the nation, or San Diego St.’s Brian Dutcher who has his Aztecs at 24-0 and number four in the nation. Neither coach has talked about interest in coaching at the NBA level. If the Cavaliers wanted to hire an NBA assistant they could look at former Cavaliers coach Tyronn Lue. Lue, who has been an assistant coach for the Clippers this season, coached the Cavaliers in three-straight finals runs. Another candidate for the job could be David Vanterpool. He is currently the assistant head coach for the Minnesota Timberwolves and was an assistant coach for the Portland Trail Blazers from 2012-2019. He has been getting interviews for years and has done everything in basketball. He played in 2001 for the Washington Wizards, he played abroad and prior to being an assistant coach, he was the director of player personnel for the Oklahoma City Thunder. There are many other possible candidates, though it is important to remember that Beilein was a very successful coach at Michigan, so they may give him at least one more season.