The Cleveland Browns are coming off a statement win against the Philadelphia Eagles which pushed the team to 7-3 and 2nd place in the AFC North. Even though that was a great team win, this week was a long one for our beloved Browns as they prepare to head to Jacksonville to face the 1-9 Jaguars.

The Jacksonville Jaguars are coming off dropping their 9th-straight game in a tough loss against the best record team in the NFL, the Pittsburgh Steelers. The Jaguars got off to an early 3-0 lead at the beginning of the game, but then it got ugly. In the second quarter, the Steelers scored 17 points, but a glimmer of hope happened where the Jags intercepted QB Ben Rothlisberger in the end zone in the final seconds of the half, but ultimately went into the half trailing, 17-3.

Although the Jags picked off Big Ben once, they didn’t have a solution to stop him as he went 32/46, threw for 267 yards and two TDs. Jags backup QB Jake Luton got the start but played abysmally against the strong Steelers defense as he went 16/37, threw for 151 yards and four INTs. The Steelers stomped all over the Jacksonville D having 373 total yards while the Jags only had 206.

Cleveland hosted its 3rd straight home game and yet another bad weather day but came out on top of the Philadelphia Eagles. The first drives of the game seemed like it spelled doom for the Browns as QB Baker Mayfield missed on what could have been touchdown throws to both TEs Harrison Bryant and Austin Hooper in the red zone and RB Kareem Hunt was stopped short of the goal line on 4th and 1. Then, QB Carson Wentz and the Philly offense marched down the field on the DE Myles Garrett-less Browns defense. However, on Cleveland’s 5-yard line RB Miles Sanders fumbled the ball and the Browns recovered. The first half remained scoreless until a bad throw by Wentz ended up in the arms of LB Sione Takitaki who returned it all the way to the endzone. Although the Browns went into the half up 7-0, the team needed to collectively step it up and that they did. With Myles being out, the defense needed a spark and DE Olivier Vernon provided it. He sacked Wentz three times and had a safety. RB Nick Chubb had been shut down by the Eagles, but with an impressive 2nd half ended the game with 114 yards. RB Kareem Hunt also had a highlight TD run, hurdling over an Eagles defensive back on his way to the endzone. K Cody Parker also made two field goals and CB Denzel Ward had a red zone INT.

The Browns won this game convincingly, 22-17. 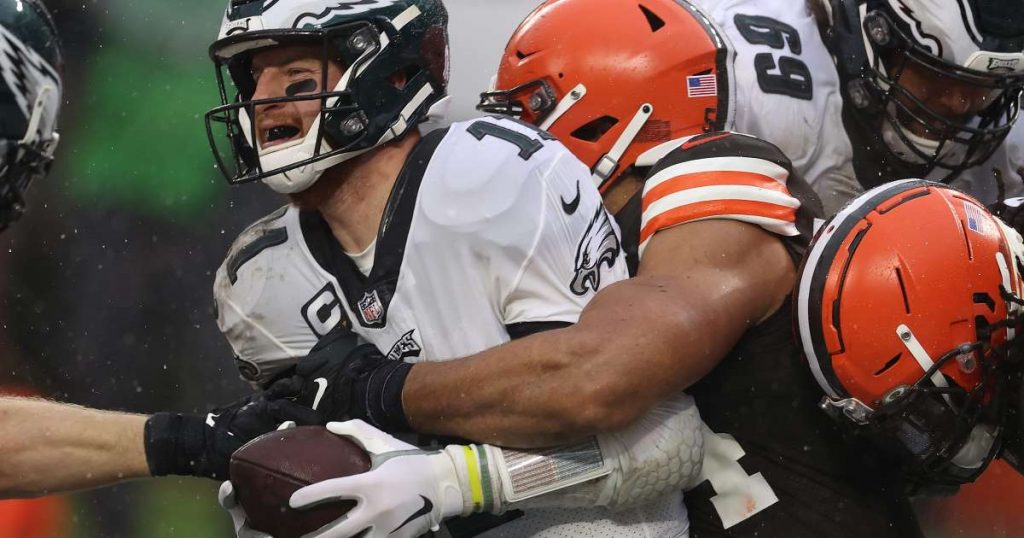 The focus shifting to Jacksonville has been difficult as COVID is a problem for the Browns. DE Myles Garrett sat out last week vs. the Eagles due to testing positive for COVID and will sit out against the Jaguars as well. More DE’s join him including Porter Gustin and Joe Jackson. Also, LB Sione Takitaki, who had a pick-six last week, has tested positive along with FB Andy Janovich. The Browns facility has been shut down the past since Wednesday and working remotely due to the growing COVID/reserve list. Furthermore, it was announced earlier this week that CB Denzel Ward suffered a calf strain and will miss 4-6 weeks, which is a huge blow to the already-weak Browns secondary that is also without CB Greedy Williams (who has been injured all season) and S Ronnie Harrison (who got injured last week). A defense without its best players, Garrett and Ward, is worrisome, to say the least. The silver-lining for the Browns is that they are playing the second-worst team in the league, who is moving on to their 3rd QB, Mike Glennon. And with the run-heavy offense against the very weak Jags defense, hopes are still high.

The Browns must seize the opportunity to pound on an inferior team in the Jacksonville Jaguars to continue their pursuit for a playoff appearance. Even though the Browns are lacking great players, they are still the better team, but also there’s no excuse to look past this game against the Jags as an automatic win. The Jacksonville Jaguars are still a professional team in the National Football League, so the Browns need to go on the field and earn their win and keep the wheels turning towards something special.

Tune in this Sunday at 1 p.m. to watch the Cleveland Browns take on the Jaguars in Jacksonville!