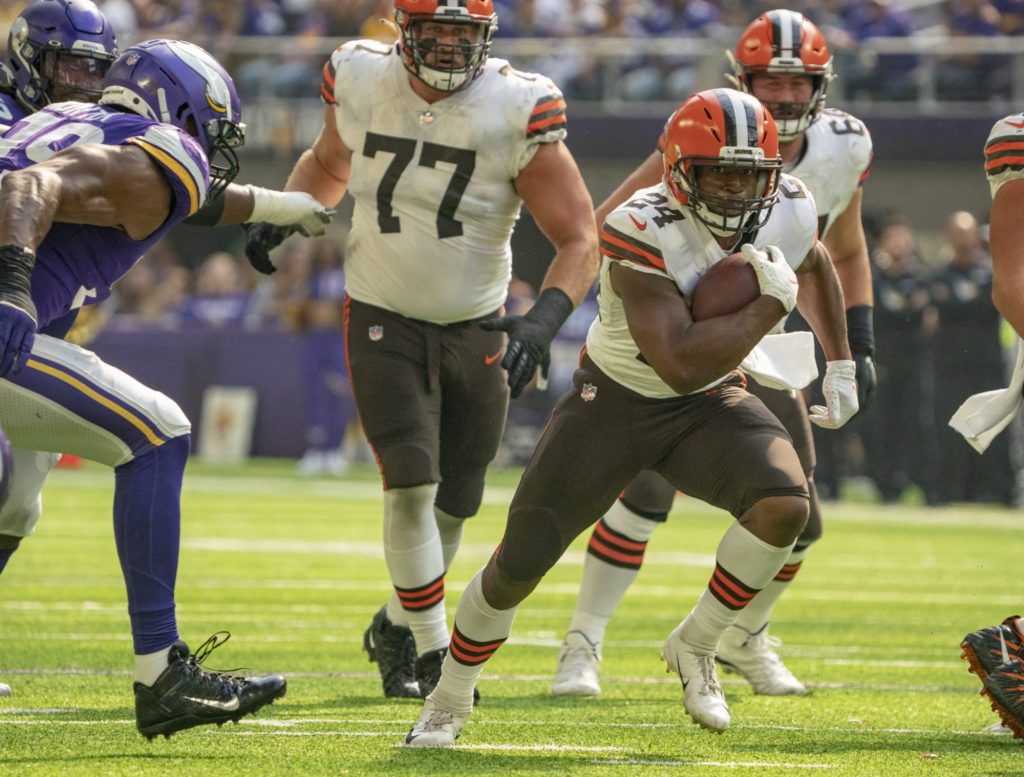 Let’s hear it again for Browns running backs Nick Chubb and Kareem Hunt. Both were outstanding yesterday. Chubb finally hit the 100 yards gained mark. Hunt had the only touchdown by the Browns during the game.

In the first four games of the year, Chubb and Hunt have combined for 742 combined yards via the run and pass. While Chubb has been the bruising back, Hunt has been more of the elusive runner and pass-catcher out of the backfield. Chubb has had games now of 83, 84, 95 and 100 yards on the ground.

Chubb’s on pace for over 1,500 yards on the season. Chubb has yet to break off a big run this season. Rather he’s had several runs of 10, 12 or 14 yards. His biggest run was two weeks ago on his 26-yard dash to the end zone against the Houston Texans.

Hunt’s big 33-yard burst right before half was also a big play in the game as it gave the Browns an opportunity at their field goal and extended the lead to 11-7.