Charles Dickens opened his classic novel, The Tale of Two Cities, with the famous line, “It was the best of times, it was the worst of times…”  Let’s tweak that just a bit to describe the state of  ever beloved Brownies as they kickoff the season…

“It was the ‘if we squint just a bit, we almost look like a competent, competitive NFL franchise’ of times…”

*Browns are coming off a 7-win season.  Not exactly Euclid Avenue parade-worthy, but it is the 3rd highest win total since the franchise’s return in 1999.

*Mike Pettine seems to be the right fit for Cleveland.  He sets a tone of intensity and accountibility for his players.  His sales pitch for his team is to ‘play like a Brown.’  Well, in comparison to the ghosts of coaches past–Chris Palmer, Pat Shurmur, Romeo Crennel, etc.–Pettine appears to be one that can ‘coach like a Brown’.

*By adding free agent corner Tramon Williams into the mix with 2014 Pro Bowlers Joe Haden, Tashaun Gipson, and Donte Whitner, the Browns’ secondary appears to be one of the best in the league.

*1st round pick Danny Shelton looks to be a beast at nose tackle, solidifying a front seven that finished dead-last in the NFL against the run in 2014.

*Alex Mack is back!!!!  The Browns’ offensive line averaged 146 yards rushing in the five games he played at center, but only 91 yards in the final 11 games where he was out with a broken leg.  And another 1st round pick, Cameron Erving, has been added to this already formidable line.

it was the ‘same old cellar-dwelling, incompetent, only-in-Cleveland’ of times.

*What did the Browns do when their hometown, underdog, undrafted quarterback battled back from a knee injury to become their only QB with a winning record in the post-expansion era?

Don’t let the door hit you on the way out, Brian Hoyer!

*Knowing that the NFL is such a quarterback-driven league, the Brownies decided to turn over the keys to their offense to a 36-year-old career back-up that went 1-10 in the role of a starter last year.

*They recently cut their 2011 first round pick, Phil Taylor.

*Their two 2012 1st round picks are now a Cowboys’ back-up (Brandon Weeden) and out of the league (Trent Richardson).

*Their  2013 1st round pick, Barkevious Mingo, had knee surgery during training camp after playing all of last season with an injured shoulder.

*Their two 2014 1st round picks, Justin Gilbert and Johnny Manziel, can’t get off the bench, or out of the headlines.

Rumor is that his parents also took away his X-Box for a month.

*And now for the trump card.  I am in a 10-man fantasy football league.  In our draft, Isaiah Crowell won the honor of being the first Brown drafted…

We are probably the only NFL team where the leading jersey seller on offense is a lineman!  #73 Joe Thomas is hanging in my son’s closet (beside an immmaculate, unused #33 Richardson jersey and a beat-up #80 Kellen Winslow, Jr.).

*Number of games  Josh McCown will start this year:  10

*Number of games Josh McCown will start if he continues to boycott sliding like in his last pre-season game:  2

*Number of games Johnny Manziel will start this year:  5

*Number of Johnny Manziel sideline TV shots for the opening Jets’ game where he is half-grinning while talking to someone:  13

*Say what you want, but Johnny definitely is one cool cat, even when riding the bench!  He could probably go toe-to-toe with the guy in those ‘The Most Interesting Man Alive” commercials!

*First game where a ‘Fail for Cardale’ fan sign will be shown on TV:  game #6 vs. Broncos

*Percent chance that someone other than McCown or Manziel will start the last game vs. the Steelers:  32%.  Remember that Connor Shaw (2014), Thaddeus Lewis (2012), and Bruce Gradkowski (2008) all made their starting debuts for the Browns in the season finale.

*Mystery QB that might start the last game vs. the Steelers:  Kenny Guiton (that was for all you Buckeye fans!)

( I guess Ray Farmer didn’t pass out copies of my recent to Keep Terrelle Pryor Blog his staff on the way out the door to his month-long time-out).

*Number of games where  Solomon Wilcots will be a TV announcer:  4

*Number of Christmas cards that Solomon Wilcots will receive from Dwayne Bowe and Ray Farmer:  0

*Chance that Ray Farmer with text to the Browns’ sideline this year:  0.01%

*Best chance for a big upset win this year:  The Broncos.  Peyton Manning is almost 40!

*Most exciting win of the year for Browns’ fans:  whatever NFL game that ends the Steelers’ season.

I like the orange jerseys the best!  The Brown jersey numbers need some tweaking, though.

*Most likely to be the new sponsor for the Browns’ offense:  Dunkin’ Donuts

I think it’s gonna be a dink and dunk passing offense this season.  During the preseason, McCown had an impressive 92.8 QB Rating, going 29-for-38 (76% completion percentage) with 3 TDs.  But all of those completions accounted for only 207 yards.  That’s 5.4 yards per attempt, and 7.1 yards per completion.

Whether you liked Hoyer or not, he usually made for good TV.  He wasn’t afraid to throw the ball down field.  He averaged 7.6 yards per attempt, and 13.7 yards per completion!

*Number of 2nd halves where I will fall asleep on my couch watching the ‘dink and dunk’ show:  3

(No offense to McCown.  I have nodded off on my couch to Couch, Dilfer, Delhomme, Weeden, Quinn, Anderson, Frye,…)

Here’s my overall season win-loss prediction.  I like to do it in chunks, since the Browns always lose some they should win, and win some they should lose.  And remember, every other NFL fan looks at their own schedule and counts the Browns’ game as a win for them.

5 wins and 11 losses.  Just bad enough to possibly fire a head coach and general manager.  Just good enough not to be able to get a good QB in the draft. 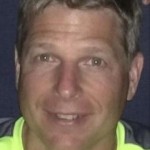