The Cleveland Indians have made their first cut of spring training. On Thursday, March 11, outfielder Billy Hamilton was informed that he will not be making the Opening Day roster for the tribe.

The eight-year veteran was signed to a minor-league deal in February.

He spent the last two seasons bouncing around four different teams after spending the bulk of his career with the Cincinnati Reds. Francona and company are looking quickly to find a place for him before the 2021 season starts. 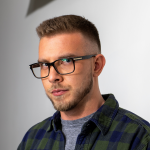