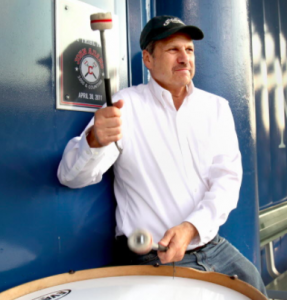 No, not the actual president! The John Adams that bangs the drum at the Indians games since 1973. It takes a lot of dedication to do something like that over such a long stretch of time. Additionally, he shares the name of the actual second president, who served this country from 1797-1801 before Thomas Jefferson beat him as he attempted to get re-elected.