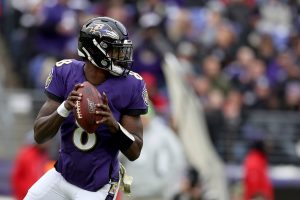 Jackson’s ability to obliterate fantasy opponents is too much to keep him off this list. The guy is a big play waiting to happen and this year the Ravens front office got him some weapons. His wide receiving crew is significantly better than last year, adding rookie Rashod Bateman and veteran receiver Sammy Watkins. Jackson will also have reliable tight end Mark Andrews and big-play threat wideout Hollywood Brown. In 2018 Patty Mahomes scored over 516 fantasy points, which was the second most in fantasy history. Not far behind in 2019 at four was Lamar Jackson. In 2019 Jackson scored over 489 fantasy points and his weapons were not nearly as threatening as Mahomes’. Jackson is being taken as the fifth quarterback off the board in fantasy drafts. Having to face Jackson in 2019 was rough. If you had Jackson 9-10 times, you were going to win your matchup. Being able to wait on Jackson while filling your needs at other positions could be a monstrous advantage for your fantasy team.