There are a ton of value picks in fantasy this year that have the potential to be league winners. Now, before you start to read this article, I want you to keep in mind that these are “league winners” which means these are guys that other fantasy owners either are not high on and players that are going in the later rounds. Anyways, let’s get into it. 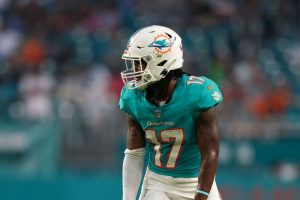 A rookie? As a league winner? Does no one remember the performance rookie receiver Justin Jefferson put on just last year? Waddle has drawn early comparisons to Tyreek Hill. He is a speedster that can cut in and out of routes with ease. Waddle’s skill set makes him a threat to take the top off defenses while having a significant effect in the short game. Reports from the Dolphins camp say that Waddle and Tua have already started to gain chemistry. With Devante Parker and the rest of the Dolphins core continuously struggling with injury, Waddle has the chance to take over the top receiver spot if he stays healthy. But he is still a rookie, which puts him to 10 for me.

Storylines to Look Out For Tonight

The Mets and The “Thumbs Down Theory”