For the first time in his illustrious career, Tom Brady is an unrestricted free-agent and can sign with any team he wants. This offseason, the 42-year-old six-time Super Bowl champion may simply re-sign with the New England Patriots or make things interesting by looking elsewhere.

Yes, that includes with the Cleveland Browns. This is everything that would have to happen to make it possible:

First, the Browns would have to make the current Patriots offensive coordinator Josh McDaniels the head coach. Obvious in the sense that Brady is comfortable with the guy, his offense and the two seem to match.

Next is that ownership and the front office would have to assure Brady that he would be given the starting job over Baker Mayfield if he signed with the Browns. No sense in leaving a place like New England to sit on the bench, right?

Baker is our guy. Would the Browns and fans even want Brady to start over Baker? It’s tough because I definitely could see Brady serving as a mentor to Baker, but Baker would have to be receptive to this and I’m not so sure that would happen.

With the Patriots and the team’s loss to the Titans, it really wasn’t a reflection on Brady, but more so on the horrific offense that surrounded the veteran quarterback. Thus, it’s not like Brady is finished and is better off retiring. Regardless of the team he chooses to play for, it is likely that squad will be a contender next season.

Looking at the financial aspect of all this and the Browns have over 53 million dollars in cap space. Thus, signing Brady to a contract would not be a problem.

Obviously, this entire article is simply speculation and the likelihood that THE Tom Brady is in a Cleveland Browns uniform come Week 1 next season is very unlikely. Let’s shift gears for a second and talk about a guy that was already mentioned in the article before and that is Baker Mayfield. 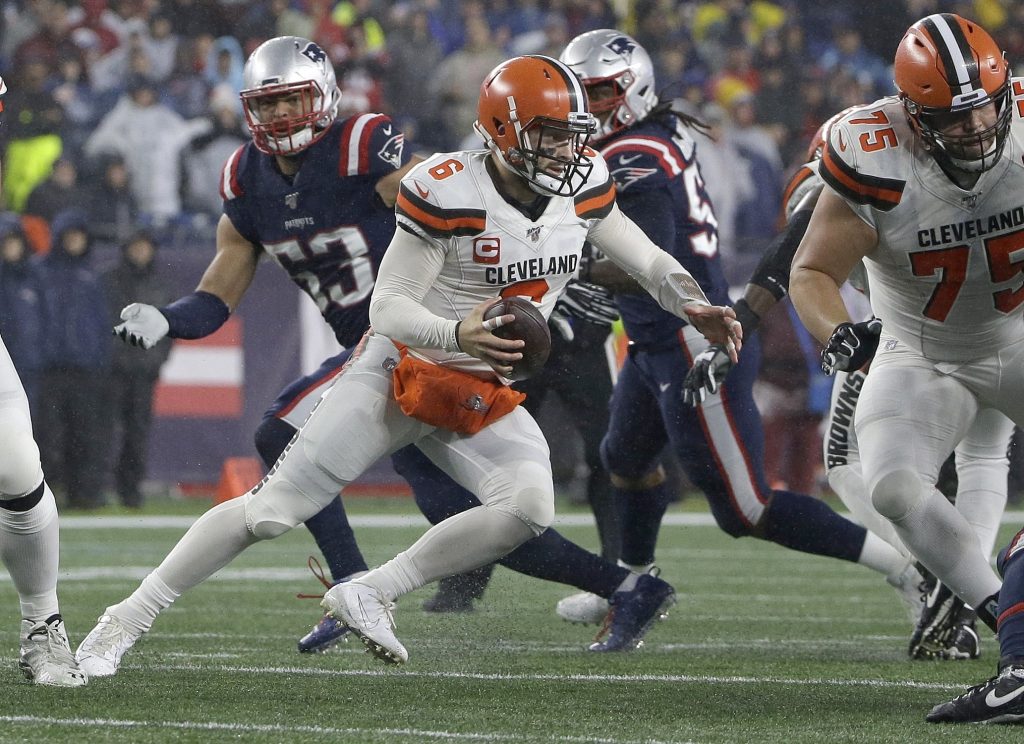 In 2019, the Browns went 6-10 (don’t need to remind everyone). Baker’s 22 touchdowns compared to 21 interceptions was not the sophomore season that fans expected, especially with the addition of wide receiver Odell Beckham Jr.

What a better teacher/mentor than Tom Brady to come in to Cleveland and help Baker develop into the star-studded quarterback that we all know he can be?

I was watching this Patriots vs. Titans game and thinking about Tom Brady. Now, reading that sentence over again let me clarify. I wondered if he ever got sick of the success, tired of winning with all the Super Bowls and such? This may sound strange, but the biggest part of all this feels like Brady is simply ready for a new challenge in a new place.

Think about Tom Brady signing with the Browns and leading the team to its first Super Bowl ever, first championship since 1964 and carrying that same greatness someone like LeBron James did in a sport that matters even more to this city.

The biggest hindrance to this entire thing happening? Well, I just don’t think Baker would be cool with being reverted to the backup again even if it was to learn from the GOAT.

Now, all that’s left is to simply see how this plays out. Brady could simply re-sign with the Patriots again and end all speculation. If the Browns do make McDaniels the next head coach, it is only then that the true speculation can begin.

1 thought on “Tom Brady in Cleveland? Crazy, Not Impossible…”