Cleveland Cavaliers were a lottery team last season, as the team continued to struggle in the post-LeBron era, just like it did at the dawn of the last decade.

They were the 13th seed in the Eastern Conference, as they finished with an abysmal record of 22-50, and were very far in terms of having any expectations to make a run towards the playoffs in the upcoming season.

Last season, tensions began to rise in the locker room, particularly with the likes of Kevin Love, who was a champion with this team in 2016. Love was accused of showing a lack of effort on the court, which resulted in an outburst. Kevin Porter Jr.’s situation wasn’t favorable at all since the Cavs had to part ways with him in the wake of his departure. Porter was considered a very important player for the team, and the team was in all sorts of trouble.

However, this season, the Cleveland Cavaliers absolutely stunned everyone when they began the season very well, and people began to think that they were a dark horse contender for the NBA Championship because of the quality that they played with on the basketball court, which caught everyone’s attention.

There were many reasons for the success story of the Cleveland Cavaliers this season, but here are the ‘Three Biggest Reasons’ for the turnaround of the franchise: 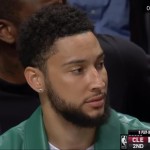