After months of constant debate, countless film breakdowns and overall terrible play for a talented football team, the Cleveland Browns are exactly in need of a wakeup call with the entire season in jeopardy at a disappointing 2-5 record.

For a defense with the likes of stars such as Myles Garrett, Denzel Ward, Greg Newsome & Jeremiah Owusu-Koramoah, we continues to lose in the most spectacularly pathetic ways possible; ruining historic performances by superstar RB Nick Chubb.

With Cleveland football’s future in an tricky spot considering that the Browns currently have no 1st round picks due to the controversial Deshaun Watson trade back in June.

However, the vision is still bright for Cleveland Browns football with this year’s 2023 NFL draft. 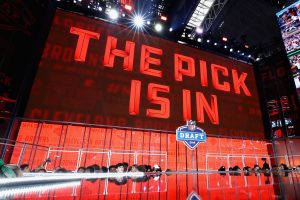 ARLINGTON, TX – APRIL 26: A video board displays the text “THE PICK IS IN” for the Cleveland Browns during the first round of the 2018 NFL Draft at AT&T Stadium on April 26, 2018 in Arlington, Texas. (Photo by Ronald Martinez/Getty Images)So, what should the Browns do now? They put themselves into this situation for taking a big risk on Deshaun Watson who has yet to play for the team due to a ongoing NFL suspension.

The future of the Browns going forward is where we come in and try to do justice by saving our future in this seven-round 2023 Browns mock draft. 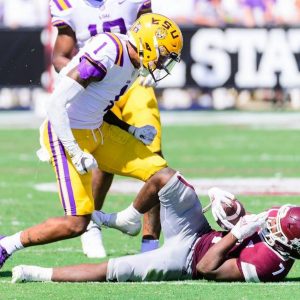 With the Cleveland Browns first pick in the 2023 NFL Draft being in the 2nd round, there’s no better option at 35th overall pick than the lockdown cornerback formerly from Louisiana State University, Mr. Elias Ricks.

Since transferring to the University of Alabama for this 2022 NCAA football season, Eli Ricks on 14 thrown targets this season, created five pass breakups and has only allowed only two receptions, with five career interceptions during his three-year college career.

Eli Ricks was dominant in his first Alabama start, allowing just one catch for 19 yards on 10 targets. Here's a breakdown of every ball thrown his way ⬇️

Elias Ricks pairing up with Denzel Ward, Greg Newsome and Martin Emerson is the much-needed acquisition to fix one of the worst defenses in the National Football League, so the Browns can truly become “Lockdown on the Lake.” 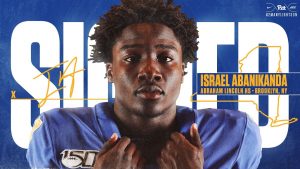 Another RB? Yes, but he’s not just ANY college football RB. Israel Abanikanda is the perfect Kareem Hunt replacement in a very likely trade that will occur in this Tuesday’s trade deadline.

With D’Ernest Johnson likely to leave the Cleveland Browns this offseason as well, giving a future HOF RB like Nick Chubb some young understudies like last year’s 5th round pick Jerome Ford and Israel Abanikanda, it sets a amazing present and future for Cleveland’s running back core for years to come. 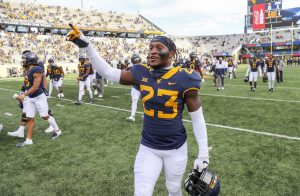 Tykee Smith is a excellent player yet he deals with numerous injuries, like a torn ACL from last October. His potential makes him an absolute commodity for the NFL draft when talking about any NFL team.

Tyree Smith during college career with West Virginia then transferring to the University of Georgia, Smith has made 127 career tackles and four interceptions, he’s as good as they come in College Football despite his recent injuries.

A very large amount of Tykee Smith's reps are him establishing the edge and forcing the ball carrier back inside. Here he is able to defeat the blocker and make the stop pic.twitter.com/TfBScoHuaR 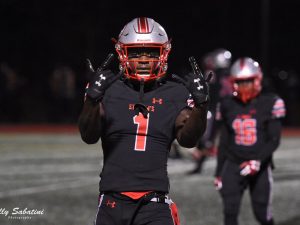 Speed kills and that’s what exactly describes Rakim Jarrett’s game, as his entire game-making ability is based on big plays!

During his three seasons with Maryland Terrapins, Jarrett made 112 receptions for 1,452 receiving yards and 10 receiving touchdowns.

The little “Come on, follow me across the formation in man coverage, I dare ya” wave.

One of the top 2023 eligible WRs. 5⭐️ pic.twitter.com/fijO3YKhxd

Rakim Jarrett and David Bell would be solid foundational pieces to the Cleveland Browns receiving core in the future. 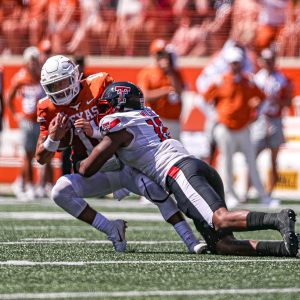 Tyree Wilson is built like a WWE wrestler, at an astounding 6’6 height & made up of 275 pounds, he’s a mountain of a man and would instantly start besides Myles Garrett if Jadeveon Clowney left the Cleveland Browns in the offseason.

Tyree Wilson is HIM pic.twitter.com/LuRisPw20b

Wilson made over 100 tackles, with 16 sacks credited during his four-year college career, he’s easily the best player Texas Tech has had in a very long time. 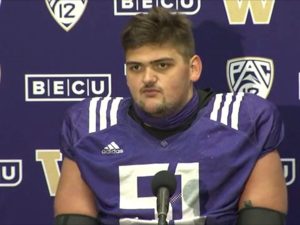 With the common occurrence of offensive lineman injuries that can happen in the NFL, Jaxson Kirkland has a really great ability to grow throughout his NFL career.

Cleveland Browns should continue to invest in Nick Harris going forward despite his season-ending injury against the Jacksonville Jaguars in preseason, acquiring Jaxson Kirkland gives outside help to Harris. 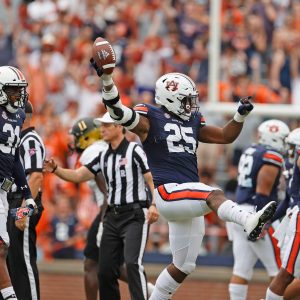 Colby Wooden made 136 tackles, two forced fumbles, three pass deflections and credited for 12 sacks during his four-year career with Auburn University – Which is wildly impressive for a defensive tackle.

God knows picking a DT in the 5th round isn’t going to save our franchise anytime soon, but it’s creates a good step going forward with Auburn DT Colby Wooden.

But it’s clear that the DT position for the Cleveland Browns will only be prepared through a big free agency signing, like signing Eagles DT Fletcher Cox or bringing back Larry Ogunjobi. 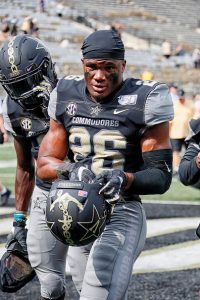 When wanting to make a impact on the last projected draft pick for Cleveland Browns, meet Anfernee Orji.

Whew, #Vanderbilt LB Anfernee Orji #0 laid the boom on the QB (also, impressive hurdle over the RB block by #13).

Orji is collecting impact plays on his 2022 tape. Leads the SEC in tackles. Potential top-100 draft pick in April. pic.twitter.com/Mq5h1R2zUG

He would greatly impact the Cleveland Browns as much any 6th round pick would, which is usually minimal at first, but constantly grows year after year and ends up as a solid role player in the NFL, even more.