For this week’s mock draft, I used https://www.profootballnetwork.com/ draft simulator. As with last week’s mock, I’ll be using player breakdowns provided by https://thedraftnetwork.com/. This will be another mock without trades and with all seven rounds. After reviewing the current Browns roster, it’s hard to believe GM Andrew Berry will use all nine picks because there aren’t nine open spots on this roster. As I said in my last article, Berry will probably use picks to move around in the draft and for future picks. 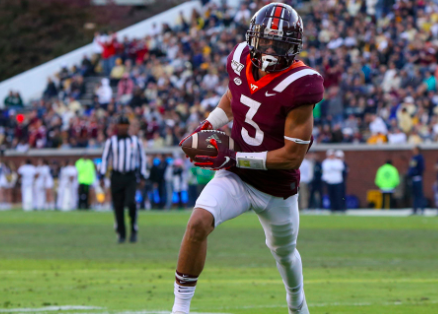 Joe Marino of TheDraftNetwork says “Farley brings a rare blend of physical traits to the table in terms of size, length, quickness, fluidity, and athleticism that he pairs with exceptional man coverage skills that make him an exciting NFL prospect. Not only is he sticky in man coverage, Farley has game-changing ball skills and is an alpha in coverage.” He excels in man coverage and press. His only red flag would be a history of injuries, an ACL tear in 2017 and a back procedure was done after the 2020 season.