This is obviously sarcasm as the news broke that the NFL is officially going to appeal the Browns quarterback Deshaun Watson six-game suspension. This is in order to save face for the fans that are upset with a “weak” punishment.

The question is why even have an appointed judge by the NFL in Sue L. Robinson make a decision if it wasn’t going to be respected by the league? Why didn’t the league just originally decide this suspension on its own?

NFL commissioner Roger Goodell and company will hear the appeal and the league will ultimately make its own decision. Then, Deshaun Watson will sue the league with the idea that it doesn’t have the right to make a change to the ruling and that is yet another mess. 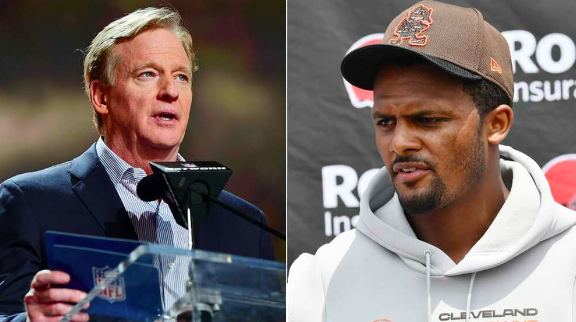 Certainly, no one is acting like Watson didn’t do anything inappropriate. It’s simply the fact that it was not deemed illegal in any way and that a judge has already made a decision.

While we were all looking forward to moving on and beginning this 2022 NFL Season, with preseason football coming up, the Watson distraction is going to be lingering on for many more weeks.

What is going to be the outcome of this appeal?

Well, just like the original suspension, no one really knows. It could be more games in the suspension, a fine of millions of dollars, or the opposite and fewer games.

Now, why did the NFL do this?

The NFL is looking for an indefinite suspension – per Adam Schefter.

Some felt the six-game suspension wasn’t enough for what Watson did. The NFL wants to appease these fans and make its image look better. Ultimately, it could backfire on the league, especially if the Watson Party decides to sue.

The person I feel bad for is Mrs. Robinson herself. Had to go through all of this for her decision to be null and voided. What a waste. It should have been the final call.

What does this mean for the Browns?

Well, more unknown for a longer period of time. It could change the dynamic of the season depending on the final outcome of the appeal.

This whole thing is just awful on all fronts.