Getting younger but losing leadership

Markkanen is only 24 years old and adding him into the mix alongside his new Cavs teammates will also be a benefit to the team long term. Nance Jr. wasn’t old at 28 years old, but now that young Cavs core can work on developing a team chemistry that hopefully, in the end, leads back to the playoffs and more consistent success.

Nance Jr. obviously will be missed because he had become a more vocal leader of the team and one of the veterans that had stayed through this transition after Lebron James left the team again back in 2018. Nance Jr. was also very involved in the local community and helped local businesses and did a lot of charity work in the community.

In the end, both players got a good deal and will probably benefit from the change. Markkanen’s age and upside as a player should have fans excited. He was drafted at #7 in the 1st round of the draft back in 2017, so the potential is there.

Best wishes to you Nance Jr. You will be missed by fans, but Portland is getting a great character kid who grew up in Northeastern Ohio. 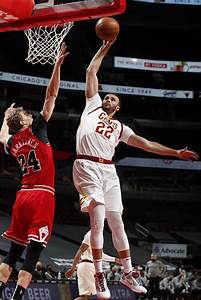 5 things to love and hate about Kevin Stefanski

15 Years Ago Today! The Indians “BUG PLAYOFF GAME ” vs. Yankees – See The Walk-Off:

5 things to love and hate about Kevin Stefanski

The Cleveland Guardians Should Change The Name Back to Indians and Here’s Why: