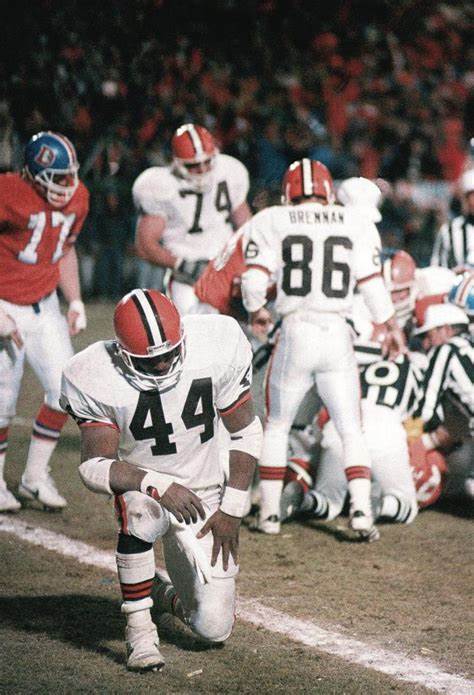 The Browns had the misfortune of having to play the Denver Broncos in three AFC Championship Games back in the late 1980s. On paper, the Browns were usually the better team, but the Broncos had their quarterback John Elway, who always played his best when going up against Cleveland. If you ask me today about Elway, I might have to ask you to leave. Ha! He is the central figure, in many a Browns fans heart that has crushed it time and time again.

Now the “Fumble” wasn’t because of Elway but it’s a better story when you loathe Elway. In that 1987 season and the championship game, Browns quarterback Bernie Kosar and his teammates, like running back Earnest Byner, were mounting a huge comeback and were on the verge of victory. In the closing minute, Kosar handed off to Byner, who unfortunately fumbled right before the goal line.

I remember to this day that moment, like many of you. I was sitting on my family room couch and my best friend was there too. We were just about to celebrate but instead, it was a disaster. At that moment my friend got so upset and jumped up and crashed back down on the couch, breaking one of the posts under the couch. My dad wasn’t too happy! Ha! Another nightmare ended in the loss to the Broncos.