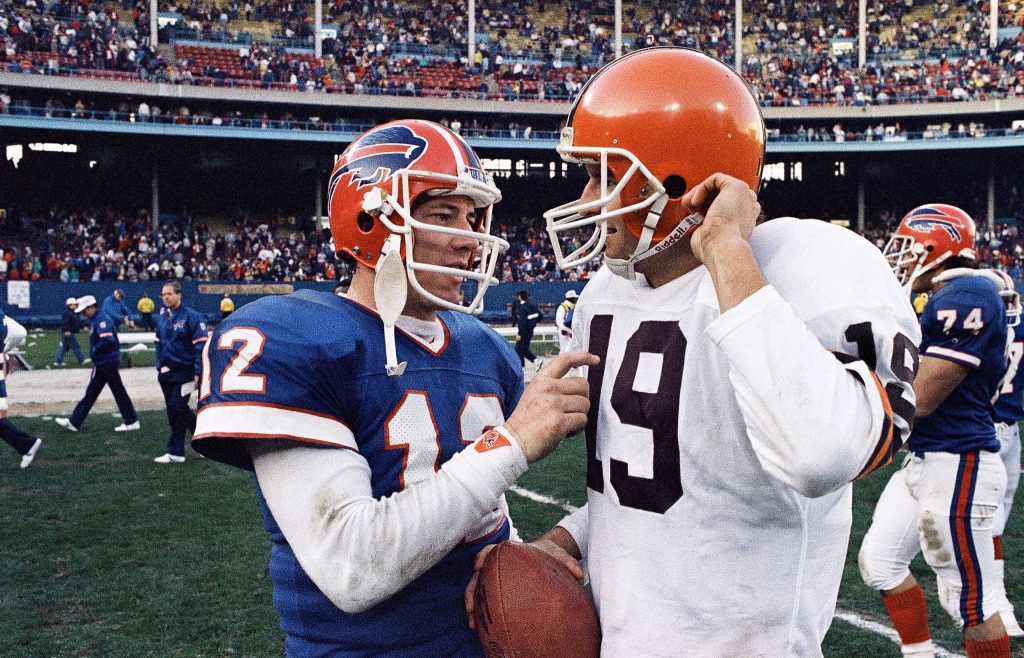 I had the good fortune of attending this game in person and it was another classic by those great Browns teams of the late 1980s. When I look back at this game, this is the same Buffalo Bills team that ended up going to the Super Bowl four straight seasons in the years to come. It was a bit of the changing of the guard in the AFC. Cleveland had been to several AFC championship games against the Denver Broncos in previous years. The Bills were the new kid on the block and their high-powered offense was ready to roll but not quite yet.

In this game, the Browns were winning the whole game, but the Bills made a valiant comeback late. If it weren’t for Browns former great linebacker Clay Matthews intercepting the Bills quarterback Jim Kelly at the goal line in the closing seconds the Browns would have lost and the Bills might have gone to their first Super Bowl year early.