Anyone over 40-years-old will probably tell that Bernie Kosar is the Cleveland Browns and he’s simply the best and most admired Brown in our generation. Some of that has to do with his connection to the area and being a local kid from Boardman, Ohio. The Browns were able to lock up Kosar in a supplemental draft in 1985 and the rest is history. Kosar’s career stats aren’t that glowing overall, but he helped the Browns get to three AFC Championship Games in 1986, 1987 and 1989. He played nine seasons in Cleveland and finished with 124 touchdowns thrown.

Kosar has stayed living in Cleveland since his NFL days and he’s still very involved with the organization. His legend will continue to grow, but there is a new guy in town named Baker Mayfield that may give Kosar a run for his money in legendary status. 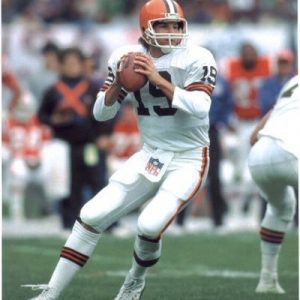