With the NCAA Basketball Final Four here this weekend, I thought it was a good time to look back at some NCAA basketball tournament championship trivia. Before Gonzaga, Houston, Baylor and UCLA lace up their shoes and hit the hardwood Saturday evening there’s a lot of fun nuggets of information for us basketball fan fanatics to absorb!

We will start with this most interesting geographical fact. A team west of the Mississippi River hasn’t won the tournament since Kansas did it in 2008. That’s 0-11 folks. And before that, Arizona won it in 1997.

So yes, based on geography all four teams left shouldn’t win it! But someone will be victorious so we can throw that jinx out the window. Houston is the closest to the Mighty Mississippi so maybe they have the advantage?

Interestingly, this year’s UCLA team was really the only team west of the Mississippi River to have any lasting impression on the tournament in its past. Between, 1964-75 the Bruins dominated college basketball like the GOAT Tom Brady does in football in gathering Lombardi Trophies.  The Bruins won seven titles in a row and 10 of 12. You talk about domination in a sport, UCLA was it! We won’t see anything like it in college sports ever again. 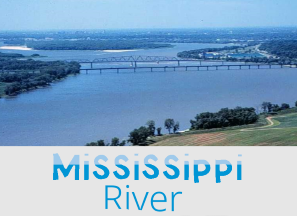 The tournament started in 1939 and only included eight teams. That number increased to 16 teams in 1950s, eventually moving to our 64 team format in 1985.

Outside of that dominating UCLA program, Kentucky has won eight championships, but most of those were before the tournament switched to the 64 team bracket. Duke, on the other hand, has five titles and all have occurred post-1985. As an anti-Duke fan, my fondest memory in the tournament was back in 1990, when the UNLV Running Rebels ran past the Blue Devils winning 103-73.

Mid-Major programs haven’t played in many championship games over the history of the tournament. However, Butler, that small school near Indianapolis, played in back-to-back championships in 2010 and 2011. Another Mid Major program, the Wichita State Shockers, back in 2013 lost to eventual national champ Louisville in the semifinal game. But since that time, Louisville had to abort all their records and championships between 2011-15, because of multiple violations determined by the NCAA! So who then would be the actual national champion in 2013? Michigan, who lost to Louisville in that title game or Wichita State?

Does anyone have the NCAA on speed dial?

Speaking of the other team, the team that plays in the title game but loses – how often do we forget them? Every year, I’ve got to go back and look them up. From the great words of Ricky Bobby, from the movie, “Talladega Nights”, “If you aren’t first, you’re last!” Such is being the runner-up in the title game. Michigan, Kansas and Duke have all been in that crowd.

My favorite moment in the tournament was when huge underdog North Carolina State Wolfpack, defeated the highly-touted Houston Cougars in 1983.  The Cougars, better known as Phi Slama Jama, had multiple stars in the making, including Hakeem Olajuwon and Clyde “The Glide” Drexler. As a young teenager, back in the day, watching Houston was so entertaining. The Cougars were always running the floor and dunking the ball! So when the Wolfpack, led by the late-great coach Jim Valvano, slowed the Houston team to a crawl in the championship game, it was so crazy to watch.

The ending of that game, with North Carolina State player Dereck Whittenburg launching a near-half court shot, as Houston defended on the last possession of the game, was priceless. Fellow Wolfpack teammate Lorenzo Charles grabbed the missed shot from the Moon and subsequently dunked the ball at the buzzer for the 54-52 upset win over Phi Slama Jama! That memory will always be permanently lodged in my head!

Whatever happens this weekend or on Championship Monday, enjoy the fact that we have the basketball tournament back this season and we will finally have a victor from west of the Mighty Mississippi!

Kyrie Irving: Why The Nets/NBA is Wrong Too