One would think it’s impossible, yet the Cavaliers have somehow found a way to lose 18-straight games in Miami against the Heat. Amazing that an NBA team would carry such a streak against an opponent.

What’s most interesting about this collection of losses is the LeBron James factor. Everyone knows LeBron left Cleveland originally for Miami in 2010, so those losses in the American Airlines arena would make sense. However, LeBron returned to Cleveland in 2014. Thus, some pretty great Cavs teams battled in Miami and still ended up losing to the Heat even with all of that star power.

Now, we can’t talk about Miami without talking about Dexter, right?

A solution to this would have Dexter come and murder all of the opponents and allow the Cavs to win against the weakened competition. Tonight’s the night! 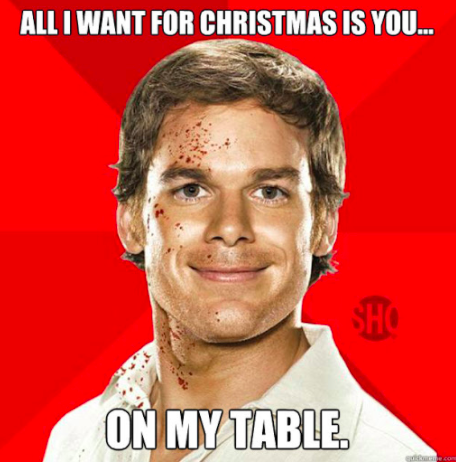 Anyway, out of a total of 116 games playing against each other, the Heat lead the series against the Cavs, 70-46. Thus, it’s not as if the Cavs have never won against Miami. It’s just simply that the streak for games played on their court is not looking good as of late.

Additionally, the Cavs have struggled on the road this season with a 5-14 mark.

It would be nice if this year’s Cavs could end that streak and start a winning streak. Unfortunately, the Cavs have lost three in a row overall whereas the Heat are winners of four straight of their own.