Imagine you have two players.

The first has put up about 14.3 points, 2.3 assists, 1.7 rebounds, 1.7 steals on about 62% shooting and 63% from three in his first three games…and even hit a game-winner. The second player has put up about 10 points, 3.7 assists, five rebounds, and .7 steals on around 31% shooting in his first three games. Who do you think should be getting more media attention?

The first player is SF Isaac Okoro. The second player is LaMelo Ball. 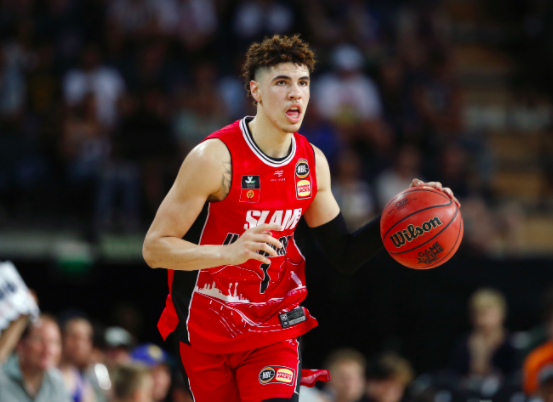 Of course, this is only the preseason and they are in different situations getting different amounts of minutes, but something needs to be said about this. Even if one player has a much larger fan base than the other, give credit where credit is due, and put the spotlight on rookies who deserve it.

This season for Ball could be very similar to what last year was for PF Zion Williamson, wherein only 19 games, Williamson’s highlights were plastered onto every fan’s phone or TV screen until everyone got tired and began to dislike him.

On the other hand, Okoro has been arguably the best rookie so far this preseason but hasn’t received a great deal of praise from TV personalities, analysts, writers, etc. He has put up quality numbers on great efficiency, hit a game-winner and even had some dazzling finishes at the rim. One could argue it is because he plays in Cleveland instead of Los Angeles or Miami, as to why he has not received coverage, or just that he isn’t flashy like LaMelo who makes some spectacular passes, or Obi Toppin who can throw down dramatic dunks.

It seems every other top rookie has something going for them. Ball may not be in a massive media market, but he has the fame every other rookie does not. Toppin is not only an electrifying player, but he is also playing in New York City, which is why you will hear a lot about him this season. Then there is James Wiseman playing in San Francisco and Anthony Edwards who is playing in Minnesota. Minnesota may be more of a small market team, but because they have All-Stars C Karl Anthony-Towns and PG D’Angelo Russell, they’re bound to draw some attention.

None of those reasons justify why Okoro shouldn’t be getting attention. Just because he may not be the most high-profile prospect does not mean he doesn’t deserve to be on SportsCenter, talked about on basketball talk shows and more. There may not be a clear answer to this question, but there is a clear solution. Give Isaac Okoro the recognition he warrants.