If you would have told me a few months ago that Carlos Santana would be the Indians’ leading batter through the first 18 games, I would have laughed in your face and called you crazy. Looks like I’m eating my words right about now.

The Cleveland Indians have had a tough start to the season with batting and a lot of that has to do with injuries to key players in the lineup.

The Indians were without both Francisco Lindor and Jason Kipnis, who are not only key infield players, but some of our better batters, especially Lindor. So, someone needed to step up to the plate.

Most would have counted on the likes of Jose Ramirez, who was an MVP candidate last season, to make up for lack of runs the Indians would be without. However, that hasn’t been the case thus far.

The real hero is Carlos Santana.

Santana signed a 3-year, $60 million deal with the Phillies last season. After a full year under his belt, Santana finished the year with a .229 batting average, with 24 home runs and 86 RBI, which wasn’t his best numbers, but not his worst. However, Santana did not look comfortable in a new uniform and the Indians made a trade this offseason for the first baseman, which was a position of need for the Indians.

It is early into this long, dreaded baseball season, but “Slamtana” has given the fans something to cheer about so far. Numbers will change as the season progresses, but as a fan, there’s something positive brewing here with Carlos Santana.

With Kipnis back and Lindor potentially returning this weekend, things are looking up for the Indians batting rotation, as they currently sit first in the division at 11-7 with arguably the best starting pitching rotation in baseball. 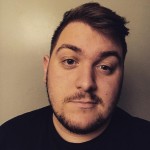 Breaking Down the Most Frustrating Week of the 2022 Guardians Season