You know, it’s been a very exciting year this season for our Cleveland Baseball team. Wait a second…a lot of you reading this………….

As the legendary Apollo Creed said, “It’s the name!” 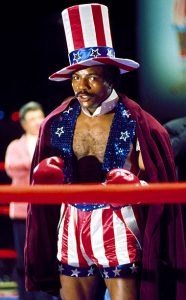 Because of the fact that the excitement and following in general of the Cleveland Guardians this year has been absolutely terrible and the team has literally won the division, went to the playoffs and could contend for a World Series. in the future. Frankly, it’s just not the same.

“I enjoy watching the team I still think of as the Indians on TV (I gave up my season tickets this year), but fans have done more than just threaten to stay home. Average attendance has dropped from 24,038 in 2018 and 22,008 in 2019 to just 16,819 in this more exciting season. Face it: The name change was a terrible idea.”

Additionally, the TV Ratings have dropped a significant amount this year compared to in years past.

A lot of fans including myself were attached to the name “Indians,” the nicknames “Tribe,” “Wahoos,” and also all of the history that came with those in past seasons such as the 1995 and 1997 World Series runs. After all, I grew up with that name and have some very special memories with it… 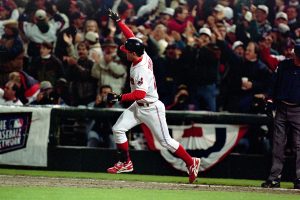 Was changing the name the right thing to do? I mean, I guess. Congratulations on appeasing the very few people who were actually offended by the name in the first place.

Sure, these playoffs will be exciting for the Cleveland Baseball Team. However, they just frankly aren’t going to be the same because of the name change and that is a fact. Thus, I say why not change it back to “Indians” for next season.? Say it was an error in judgment and talk about the rich history of the team.

As the years continue, the attendance numbers are not going to improve in any significant manner, nor will the television ratings. Making the change back will give the team a ton of money, bring back the excitement and make once again watching this team a lot more fun.

To those people absolutely offended by the team name. Well, don’t watch them. There’s certainly worse out there and it’s not in the Cleveland Baseball Team Name.

To Read More About The Top 10 Players Click The Links of The Names of Choice Below!!!