After last week’s loss to the Jets, I ended up hibernating in my apartment while flicking the lights on and off and contemplating what just happened. A team that had no business winning ended up with a miracle win. Now our chances to make the postseason are down from 90% to around 78% and winning the division is impossible.

Let’s move on, Cleveland; we had a bad game. Let’s just hope that the Steelers pulling out quarterback Ben Roethlisberger and replacing him with Mason Rudolph doesn’t end up with any fights from our defensive line. 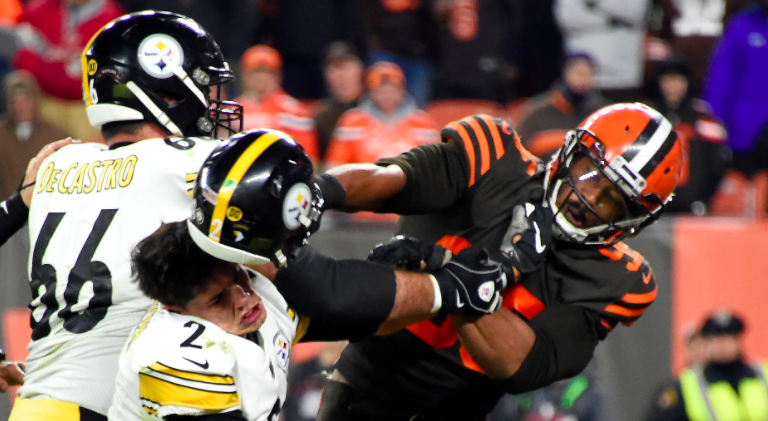 In all honesty, we have to win the next game. I would hate to see another 2007 season where we have a terrific season, but end up getting snubbed out of the playoffs. That being said, I believe the loss to the gosh darn Jets was a fluke. We were out six starters. That is six too many. If those six are not back for the upcoming game or if more get sick, I believe it will be a very tough game. The Steelers are coming into this game with a record of 12-3 and with receiver JUJU Smith deciding not to dance on the logos of who they are playing anymore and ridding the team of the “bad juju” he has been giving them, the odds are not in our favor.

I can’t believe I am saying this but Baker Mayfield had a terrible game against the gosh darn Jets. It was like the ball was covered in butter and that 4th down run he had just took the cake. In his defense, it seemed the receivers have never played the position before and had no idea how to catch a football. What we have to do against the gosh darn Steelers is get back to our roots. We need to play like we have been playing since Week 1. Yes, we have had some bad games and yes, I have already had to get a new TV from beer cans flying across the room because of those games.

But folks, it’s not over.

We can beat the Steelers who, in my mind, have had a cakewalk of a schedule. I mean, they lost to the rejects of Ohio two weeks ago. So far Mason Rudolph, who is replacing Ben Roethlisberger, has only thrown nine yards this season and 0 touchdowns. If we can get our kicking game under control and stop missing field goals, I think we will be all right.

All we have to do is play like we have been playing excluding the Jets and we will be fine. If our “wonderful” kicker can remember how to make field goals, Mayfield how to hold onto the ball and our receivers remembering how to catch the ball, we will be fine.