The Cleveland Browns started their voluntary offseason workouts today, which marks the start of their 2019 season. Even though it was the same day as the Indians’ home opener, all of Cleveland’s attention was focused on what was happening in Berea. It was the first day that the fans were introduced to Odell Beckham Jr. as a Brown. I think I can speak for the entire Browns’ fan base and man, did he look good in that Browns attire.

Along with Odell, big names like Baker Mayfield, Jarvis Landry, Myles Garrett, and David Njoku also were in attendance. Mayfield, Landry, and Garrett also joined Odell in his introductory press conference, following a Freddie Kitchens press conference. Outside of introducing Odell as a Brown, there were some important absences and big moves that were made today. As great as the press conferences were, the talk can’t have an impact on how the Browns play this season. The moves that John Dorsey made and that is what we’ll dive into. 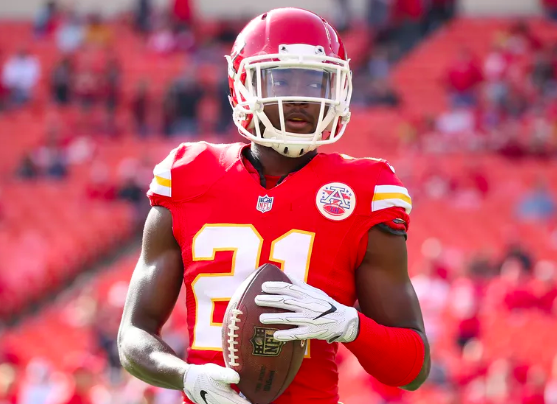 Emmanuel Ogbah and Duke Johnson Jr. were two key absences at the facility today as they are both two names that have been common in trade talks. Nothing has been released on the news of Johnson, but soon after the Odell press conference, an Ogbah move was made.

Ogbah was traded to the Kansas City Chiefs for free safety Eric Murray. After the Browns traded for Olivier Vernon from the Giants, it was expected that Ogbah would be on the trading block and he was hopeful for that to happen. In the three years that Ogbah has been with the Browns, he has been a solid starter. He played well opposite Garrett and looked to be an important part of our defense this year, but with Vernon here, he was expected to lose some playing time.

This move leaves Garrett, Njoku, Larry Ogunjobi, Joe Schobert, Rashard Higgins, and Seth DeValve as the only draft picks left from the Sashi Brown era. On the other side, this is the third player the Browns have added that Dorsey drafted when with the Chiefs, along with Kareem Hunt and Phillip Gaines. Murray has played in three seasons, starting in 11 games and earning an average grade 67.5 on Pro Football Focus. He wasn’t expected to start even without Eric Berry on the Chiefs but can possibly grow into a starter with the Browns or provide some depth in a thin secondary. He has a lot of talent and Dorsey seems to believe in him, so he should be someone to look out for this season. 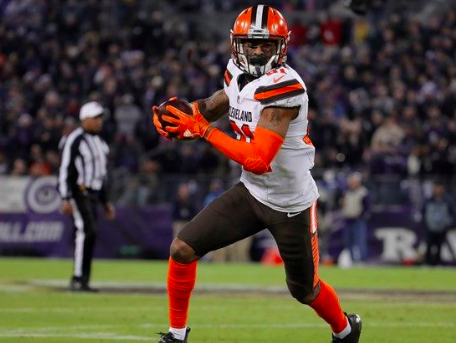 Last season, after Josh Gordon was traded in the middle of the season, the Browns faced an issue of having a weak wide receiving core. Mayfield found someone to rely on with Higgins or “Hollywood.” 2018 turned out to be a career year for Higgins as he finished with 39 receptions, 572 yards, 14.7 yards per catch and four receiving touchdowns, which were all career highs for him.

Higgins is one of the only remaining draft picks from the Sashi Brown era and has continued to improve every year. He finished off the 2018 season with 10 receptions for 146 receiving yards in the final two games and hopes to grow on that in 2019. He has established a solid connection with Mayfield and that shouldn’t be affected much with Odell joining the group. He should be the fourth receiver in the depth chart with plenty of chances to play. Andrew Hawkins has talked highly of him as a guy who is always working to get better, and I expect nothing less from him this year. 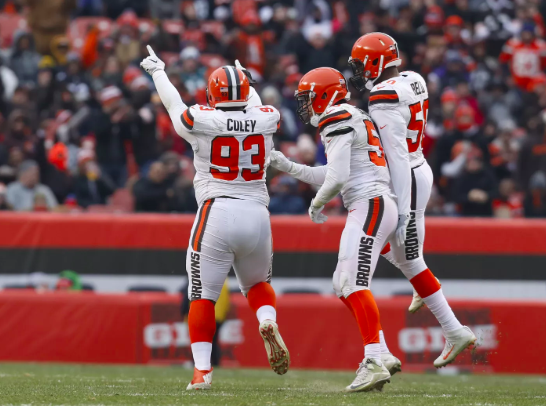 The story of the Browns’ offseason so far has been their rise to having one of the best offenses in the NFL. However, that doesn’t mean the defense isn’t just as important. In that case, Dorsey made some more moves to keep some depth on a young defense.

Juston Burris was added late last season and played in four games. He has played in 38 games in his three-season career with only two starts but has managed to take advantage of his minimal snaps. He has recorded 28 tackles, two interceptions, seven passes defended, one forced fumble and one fumble recovery. This season should be a good chance for him to gain some more experience with a thin secondary and has the chance to be a viable backup.

Trevon Coley has played his first two seasons with the Browns and started 29 of the 31 games he’s played in. He was drafted in 2016 and bounced around on practice squads until getting a chance with the Browns. As soon as he was given a chance, he earned his spot. In the two seasons, he logged 80 tackles, 2.5 sacks, one safety, and 11 tackles for a loss. His biggest moment came in the Buccaneers game last season when he tackled Peyton Barber in the endzone for a safety. Starting this season, he should be the first backup behind Sheldon Richardson and Ogunjobi with plenty of chances for snaps.

Jermaine Whitehead was added to the Browns roster last season from the Packers. He has been somewhat of a journeyman, playing for three different teams before the Browns and moving between the practice squad and active roster repeatedly. He has only played on special teams with the Browns, but with the safety position being so bare, he may get an opportunity for plenty of snaps behind Damarious Randall and Murray. 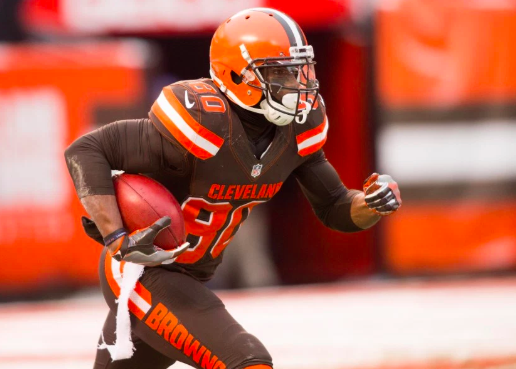 Ricardo Louis played in every game of his first two seasons as a player for the Browns, but never really left much of an impression with 45 receptions for 562 yards. In 2018, his third season, he suffered a neck injury that kept him out for the entire season. Now that the receiving core has added Odell and Jaelon Strong with other receivers improving while Louis hasn’t, there wasn’t a spot for him anymore.

Derrick Kindred was expected to fill Jabrill Peppers spot as the starting safety opposite Randall, but Dorsey had other plans by bringing Murray in. In Kindred’s career, he has been a below average defensive back and would have been a significant downgrade from Peppers. In that case, this move wasn’t surprising, especially after acquiring Murray and possibly working on finding another defensive back in free agency or the draft.

Howard Wilson has unfortunately never played a game with the Browns after having multiple injuries that have kept him from playing for two seasons. It is never fun to see someone’s career ruined by injury, but it is a business and the Browns needed to clear up room for other defensive backs.

I am an undergraduate student at The Ohio State University and have been a Cleveland sports fan for as long as I can remember.