The Cleveland Browns are in a difficult position this upcoming Sunday with the injuries at defensive end.

As one can see, both defensive ends Myles Garrett (shoulder, biceps) and Jedeveon Clowney (ankle) are on the injured list for the roster.

Even with Clowney out last week, it was clear that Garrett struggled to penetrate the Steelers quarterback because his counterpart was unavailable to assist him in getting those sacks/tackles.

Players that may have to step up due to the injuries are DE Alex Wright and DE Chase Winovich…yikes. Additionally, a player like Isaiah Thomas out of Oklahoma may get some time… 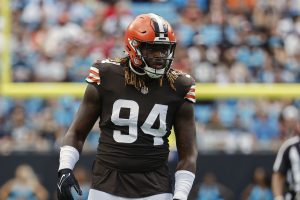 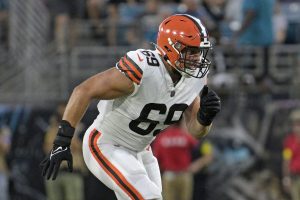 Now, this is in theory that both of said players do not play for the Browns and there is still a chance that both could start. Garrett says he’s a game-time decision on Sunday. Kevin Stefanski said Jadeveon Clowney is “close” to returning and is listed as questionable for Sunday.

Even so, both with not be at their top-notch ability even if they do each play in Atlanta against the Falcons. Those aforementioned backups are certainly going to have to step up for the defense with the circumstances.

The Falcons will be starting quarterback Marcus Mariota, who has certainly struggled this season. In three games, quarterback has three touchdowns (tied 19th, three interceptions (tied 19th) and 640 yards (25th) passing. The team, overall, is 1-2. Yes, they will have the advantage of playing at home.

Finally, the Browns must stop running back Cordarrelle Patterson. Getting that done even with the disadvantage at defensive end will be crucial.

Both of the two play on either side of each other to the fullest of their respective abilities. They are able to play the entire game and contribute to the best of their ability. Additionally, neither sustains any type of injury throughout the game that would make things worse than they already are currently…

Unfortunately, our best players are suffering from pretty severe injuries. It’s most important that those two in Garrett and Clowney recover first before anything else. Even so, it would be nice to see them out on the football field this weekend.