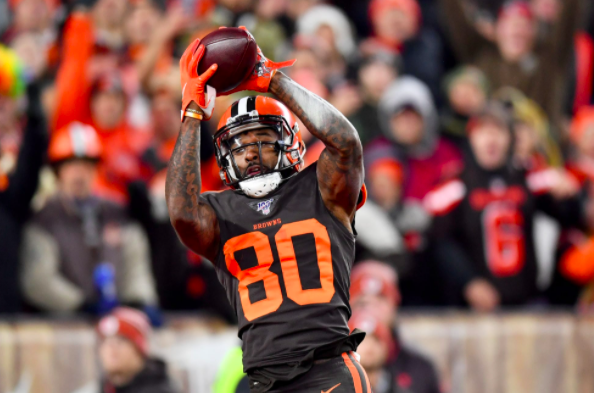 The waves of emotion from the Cleveland Browns’ biggest trade as a franchise in the modern era are still hitting many of us. The $230 million price tag to reel in Deshaun Watson from the Houston Texans is a huge one that will have rippling effects on this team for the next decade. It went against all the analytics that this Browns front office built its reputation on and has honestly thrown half the Browns fan base into a tailspin. With the off the field issues for Watson still to be resolved and the not knowing of what length of an NFL suspension might still be to come, makes the situation is very hard to comprehend.

Watson by many football analysts is a top-five quarterback in the NFL and his joining the Browns, makes the team an immediate contender in the league. Cleveland has never been to a Super Bowl, and in a snap of the fingers, the team has vaulted to the top of the AFC conference chances of getting to the Super Bowl. The Las Vegas betting folks have increased the team’s chances at getting a championship from 40 to 1 to 18 to 1.

Let’s now review several ripple effect stories involving the Browns and some of the players and moves that the team has made or are considering making as we speak:

After the initial shock of the trade, there was a lot of chatter of several players signing with the Browns including recently released Browns wide receiver Jarvis Landry. That speculation has now been out there for a week, but nothing has transpired. The Browns released Landry to save $14 million in cap space. At this time Cleveland has about $22 million in cap space. That will grow some once they can trade their former franchise quarterback Baker Mayfield who is owed $18. 8 million.

While a reunion with Landry sounds appealing, the cost might be a bit too much for the team to take on. On the other hand, another wide receiver Will Fuller, formerly of the Houston Texans and teammate of Deshaun Watson is available right now as a free agent. He’s had a steady career of receptions and receiving yards and could fit into the slot position on the offensive line that Landry has vacated. He had a deal in place with the Miami Dolphins a year ago but was released after he struggled in Miami after breaking his finger early in the season.

The Browns might be more inclined to try and bring Fuller in and let him, teammate, up again with Watson. He’d come at a cheaper price than Landry and would be a better move moving forward.