Back in my prime, all of the ladies were coming my way. Honestly, it was tough to choose. While I joke, the Cleveland Browns may be faced with this type of issue just in regards to quarterbacks later in the season.

To start the year, no one was jumping for joy at the idea of QB Jacoby Brissett starting at quarterback for the majority of the season after QB Deshaun Watson got suspended for 11 games and will only be able to play in the final six (and potentially playoffs).

Brissett started his career back in 2016 with the Patriots, moved on to Indianapolis for three seasons, played a year in Miami and finally is with the Browns. Before this year, he had 60 career games including 40 starts total.

For his eight starts, Brissett has 1862 passing yards, seven touchdowns compared to five interceptions as the Browns quarterback so far. Those are some very solid numbers. Not mind-blowing but solid. 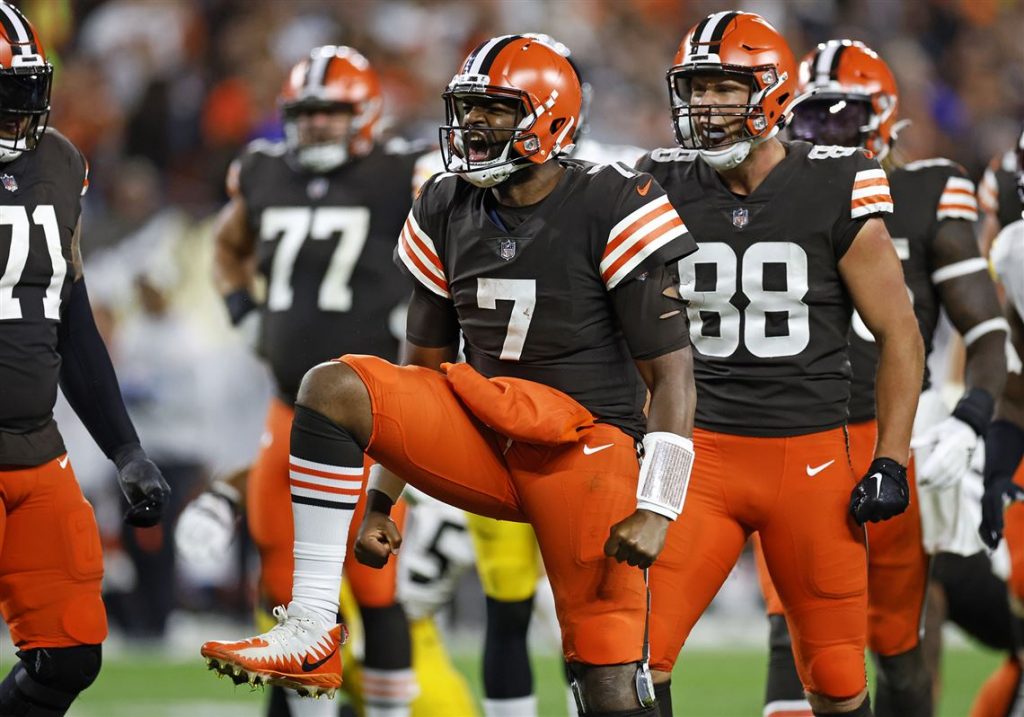 However, when your team has running backs Nick Chubb and Kareem Hunt, it certainly makes it easier to move the football in various ways.

The Browns have a 3-5 record to start the season and that could be better without a horrific meltdown against the Jets.

Moving forward, it will be very interesting to see how the team continues to play with Brissett at quarterback. What if for the remainder of the 11 games Watson is out, the Browns continue be decent? Is the team just instantly going to turn to Watson to finish off the season?

Well, first things first Brissett has to continue to play well before this is even a decision to be made.

Could the team consider sticking with Brissett for the remainder of this year? It’ll certainly be something that should be discussed. Yes, the Browns have a lot invested in Watson with a huge contract and he is obviously an amazing quarterback. Even so, just tossing him in there to finish off the season could end up hurting the team more than helping.

Lastly, a squad can never have too many solid quarterbacks. In a worst-case scenario, if there were to be an injury or something of that nature, the Browns could once again turn to Brissett.

Cleveland is coming off the bye week and then subsequently has a matchup against the Miami Dolphins on the road. They are 6-3 and it’s certainly not going to be an easy test for Brissett and company.

If the Browns do win more games before Watson is eligible to play, this will be talked about more and more. Maybe not to have Watson be completely benched still, but to utilize both or something of that nature? Moreover, if the front office wants coach Stefanski to get acclimated with Watson this end of the season for the future.

You know what they say… Winning cures all.