Kicker Cade York’s field goal with the seconds ticking off the clock from 58 yards out was absolutely amazing. I will get that set right off the bat. Not disputing that in any way at all.

However, it’s what led up to the kick that needs to be looked at.

The Browns get the ball at their own 20-yard line in the 4th quarter with just over one minute to go and are down 24-23 after the Panthers kicked a field goal of their own.

On first down, Carolina committed a 15-yard roughing the passer penalty. It was on Taven Bryan.

Looking back at the replay, it seemed like a pretty clean hit just as Bressett released the football. Maybe a little contact to the helmet, but that was about it.

It pushed the Browns up to the 40 where Bressett made a pass of 13 yards to Peoples-Jones up to the 38. Then, a nine-yard toss to Cooper set York up for his amazing field goal that would ultimately win the game.

Now, had it not been for that roughing the passer call, who knows if the Browns would’ve had it in them to drive down and win the game? It just was a gift-wrapped 15 yards that ended up being so crucial.

Yes, most of the credit needs to go to York for the kick. Additionally, to Bressett for taking advantage of those 15 yards and gaining even more with a couple more throws to set up the kick. 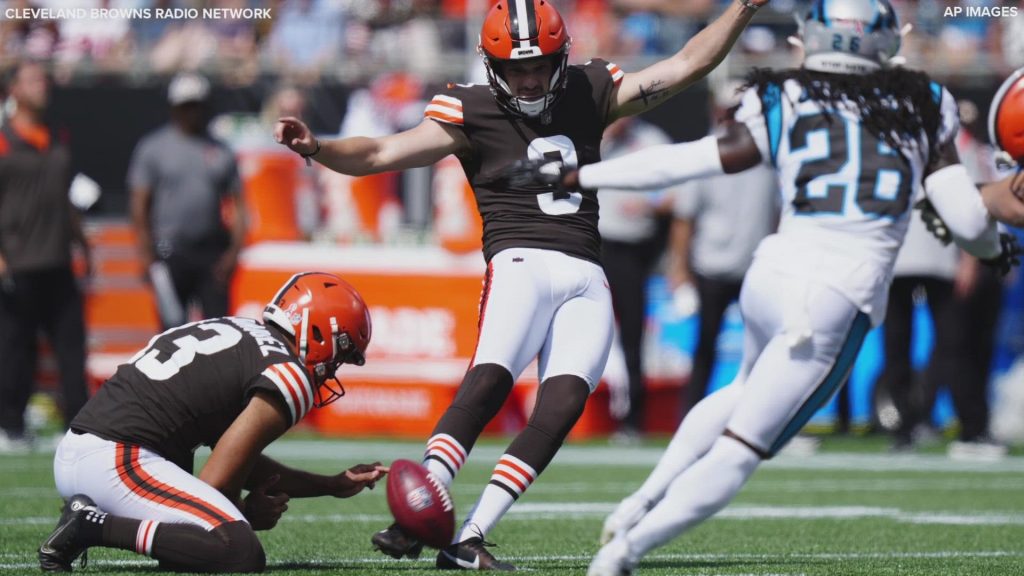 In the coming weeks, the Browns may not get those breaks and will have to clean up some of what they struggled with in this game. It was a win and a thrilling one at that for sure.

The Browns just got a little…lucky.