The Cleveland Browns’ franchise has had no shortage of ups and downs during its seventy year history. Once a perennial powerhouse, Browns teams of recent years have put out enough bad seasons to have gotten a television writer fired years ago. So, today, it’s take a trip down memory lane to revisit the good, bad, and ugly of Cleveland’s historic franchise and look at the very best and the absolute worst seasons the Browns have had since their founding in 1946.

The Best: The 1964 Championship Run

The Browns had a number of successful playoff seasons in the 1980’s led by star players like Brian Sipe, Bernie Kosar, Claw Matthews, and Ozzie Newsome. But none of these Browns teams were able to reach the promised land of a Super Bowl berth, let alone a title. The 1964 season saw a Cleveland team led by head coach Blanton Collier, the recent replacement for Paul Brown, who had begun his time in Cincinnati the prior year. The team yielded an impressive seven Pro Bowlers, most notably quarterback Frank Ryan, Hall of Fame wide receiver Paul Warfield, and the legendary Jim Brown at running back. Brown ran for 1,400 yards with an average five yards per carry and Ryan threw for twenty-five touchdowns. The Browns finished the season 10-3-1, enough to place first in their conference and face the heavily favored Baltimore Colts in the NFL Championship game. The Colts, led by Hall of Fame quarterback Johnny Unitas, finished the regular season with a 12-2 record and were seen by most as the best team in football. The game was played in the cavernous Cleveland Stadium in front of nearly 80,000 fans in freezing cold weather with blistering winds. When the dust settled, the Browns found themselves on top 27-0, with all points scored in the second half. Unitas was picked off twice and Browns wide out Gary Collins scored three touchdowns to earn him the game’s MVP honors. After this fantastic season, Cleveland professional sports would not see another championship for five decades until the Cavaliers’ comeback triumph over the Golden State Warriors in 2016. 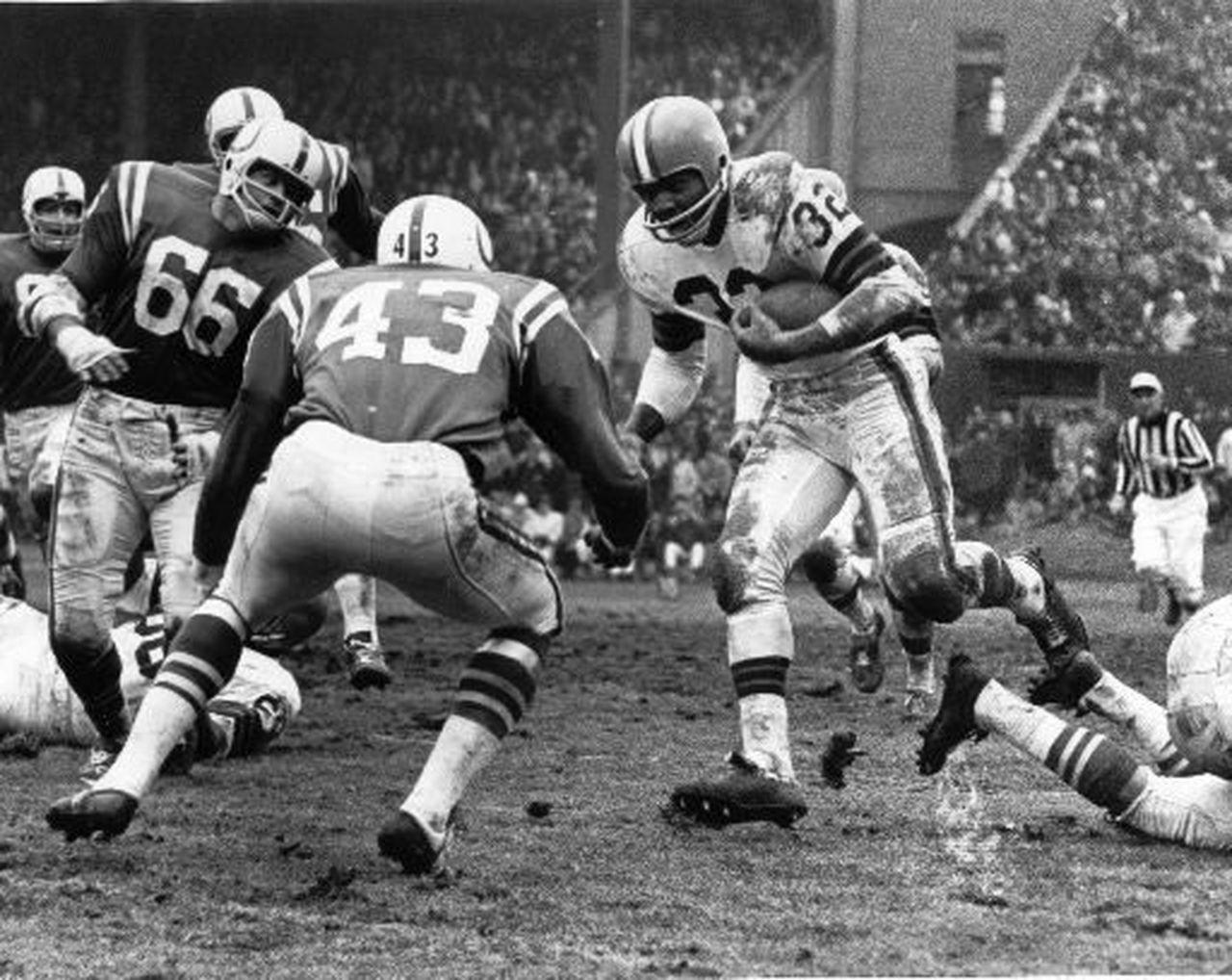 Was there really any mystery as to what season would be chosen for this spot? After a 1-15 campaign in 2016, it seemed that it could only go up from there for the Hue Jackson-led Cleveland Browns, right? Wrong. The following year in 2017, the Browns would not win a single game, becoming just the second team in NFL history to hold an ominous 0-16 record. Three quarterbacks, Deshone Kizer, Cody Kessler, and Kevin Hogan, saw playing time for the Browns this season and not one of them brought any glimmer of hope to the doomed team. Kizer, a 2017 second round draft pick out of Notre Dame, would go on to throw a dismal eleven touchdowns and double the number of interceptions. At the running back position, Isaiah Crowell and Duke Johnson made a somewhat interesting tandem, but could never create enough of a spark to restart the team’s defunct offensive unit. Receiver Josh Gordon would play in several games for the Browns this season, but was well beyond his days of dominance before his multiple suspensions. Future Hall of Fame tackle and NFL iron man Joe Thomas would even miss the first ever games of his career after sustaining a tricep injury in week seven. Week seventeen saw a Browns team desperate for a win face the Pittsburgh Steelers’ skeleton crew. With the Browns down 28-24 and driving late in the game, Corey Coleman would drop a wide-open fourth down pass to complete the winless year and cement the 2017 season as one of of the worst in NFL history, by far the worst in the Cleveland organization. But hey, at least this set up the Browns to draft Baker Mayfield number one overall in 2018 and begin the rebuild that has led up to a highly anticipated forthcoming season this fall. 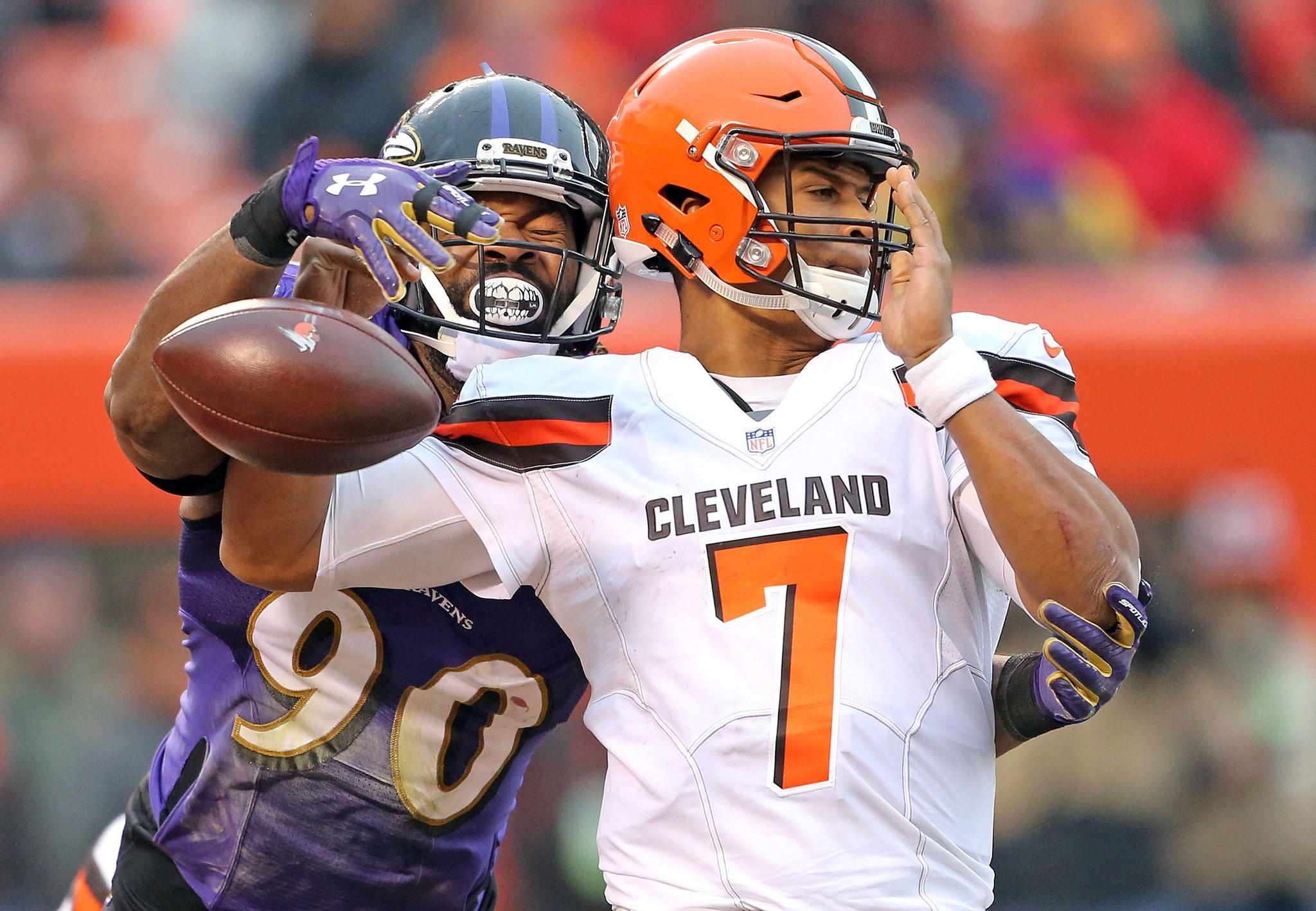