The Indians won a game: Yes, the Indians are considered the favorites in the AL Central, and as you should be expecting them to win series’ versus the likes of the Twins. With that said, considering Ramirez isn’t 100 percent, Lindor and Kipnis are out with injuries, the bats were horrendous, and Carrasco had one of the worst outings of his career, it felt like the Tribe stole a win in Minneapolis.

The batting lineup is what we expected: Indians fans knew with the moves the upper management and owner Paul Dolan made over the offseason, as well with some of the injuries, this lineup was not going to be pretty for these opening few weeks. The fans were begging for more moves over the offseason to improve the lineup and the Indians didn’t budge. Through three games, the fans have been absolutely correct. The Indians have only managed five runs in three outings and Roberto Perez, Tyler Naquin Max Moroff went for a combined 0-19. That’s really, really bad..

Bauer and Kluber look set for Cy Young campaigns: Against a very solid Twins lineup, Bauer and Kluber started just as Indians fans would expect after watching these two aces pitch for their team over the past few seasons. The two combined for 14 innings pitched, 5 hits, 3 earned runs, and 14 strikeouts.

Carlos Santana looked good: After a year in Philly that didn’t quite go the way the Phillies or Santana wanted the season to go, Santana is back where he belongs, in Cleveland. As mentioned above, it was an abysmal series hitting for the Tribe; the one lone bright spot was Santana. He had an percentage of .545 and went 4 for 4 in Sunday’s game. 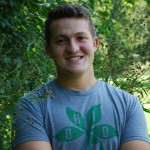 Cleveland’s Top Slashers: Gifted Athletes Who Might Have Excelled In Multiple Sports

Sports Betting: Easy Steps on How to Bet on NFL Online