The NBA draft is today and the Cleveland Cavaliers have pick #3. Many draft analysts have the Cavs taking Evan Mobley, the seven-footer out of USC. He’s a great pick for the Cavs and would be an instant benefit to the interior of the Cavs rather suspect defense. Pairing him with youngster Jarrett Allen who came over to the Cavs this past season in a trade could be a formidable duo.

Here’s how I think the draft will play out with my mock draft of the first five picks!

Let’s see if I go five for five! 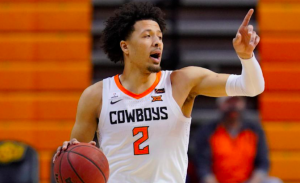 He’s the presumptive pick here and boy I’d love to see the Cavs push to move up to take him. Cunningham has all the tools on both ends of the court, standing at 6’7 he can play at the guard spot too. Versatility is the name of his game and the Pistons will be a much-improved team with the addition of Cunningham.