Likely a fan favorite by many, Thome was the absolute best type of ballplayer that was a great athlete, a student of the game and a guy who wanted to do whatever it took to win the game for the team. He belted a bazillion home runs while playing for the Indians on those great teams of the ’90s. He was drafted by the Indians and played between 1991-2002. In 2002 he had a whopping 52 home runs and batted over .304. Pretty impressive. It was his hitting stance that also made him a fan favorite. Anytime at the dish, he’d set up with that bat free-swinging. When he connected for a home run, it was a thing of beauty. He hit 13 game-winning walk-off home runs in his career. The first-time ballot MLB Hall of Famer back in 2018 will certainly be missed by this Indians fan. I could watch highlights of Thome home runs all day! 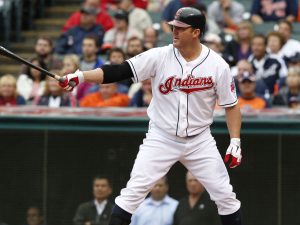