Franco played for the Indians from 1983 through 1988 when I was going through high school. Thus, I have a lot of fond memories of Franco. He was the great infielder that made a huge impression on most Indians fans back then. He played at a time when the Indians still were struggling to win. But fans that would follow the team would love to shout his name and that’s what I remember most about Franco. His baseball stats were good as he played in the MLB for over 23 years, but I’ll remember his name most. “Juuuuuliooooo!!!” “Juuuulioooo!!!” Fans would shout out!! 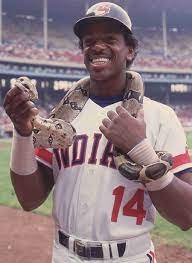