The NFL season is nearly upon us. With the first game on September 8th, now is the time to cast your NFL season predictions. This series will be split into eight segments for each NFL division. I will take the schedule, notable additions and losses (both as players and coaches) player history and game locations into consideration when predicting each teams win/loss record. With that being said, please keep in mind that this is just my opinion. The NFL is incredibly competitive and difficult to predict. 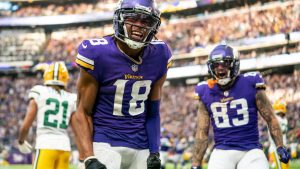 Minnesota finds themselves in arguably one of the biggest make or break seasons in all of the NFL. The Vikings host largely the same veteran-filled roster as they did a year ago, but this should be a good thing. Their 8-9 record in 2021 paints a much different picture than what actually occurred during the season. The Vikings were much closer to being a top-tier team than most realize. In seven of those nine losses, the differential was a single possession. Your view point can perceive that very positively or negatively.

Regardless of your opinion on the final results of the 2021 season, it’s impossible not to acknowledge that the Vikings clearly bolster the top weapons in the NFC North. Even if you are not a believer in Kirk Cousins, the weapons that Kirk possesses should allow Minnesota to compete with any team. The trio of Justin Jefferson, Adam Thielen and Dalvin Cook (providing good health) will be among the top offensive weapons in the NFL, let alone the NFC North.

In contrast, the defense needs to show that they can improve quickly. This unit finished 24th in points allowed and 30th in yards allowed last season. Looking at their roster, it’s hard to imagine the same result, especially if they receive a fully healthy season from Danielle Hunter.

The North appears to be up for grabs with questions surrounding Green Bay and rebuilding teams in Detroit and Chicago. 2022 will show that the Vikings were much closer to being a contender than previously thought. 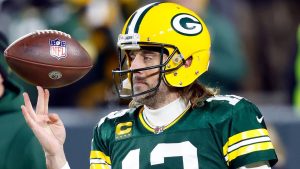 It feels wrong to have anyone other than Green Bay claiming the North’s throne. This says more about my belief in the Vikings than any real inditement on the current Packers. Even with questions about the receivers for Rodgers, the Packers should still be one of the best teams in the NFL.

The ceiling is definitely in question with the loss of Adams. The Packers will instead be relying on veterans Randall Cobb, Sammy Watkins and Allen Lazard. Aaron Rodgers will need to elevate this core if they are to keep their throne away from more explosive teams. For most games, the Packers will be able to rely upon their dependable running game and great defense.

Fresh off of a top 10 ranking in total yards allowed, the defense should be even better than they were in 2021. The Packers become even richer, adding two first round picks in linebacker Quay Walker and defensive tackle Devonte Wyatt to the unit.

Rodgers won’t need another MVP caliber season to contend with most teams. The surrounding units should be able to pick up most of the slack. Green Bay benefits from an all time QB, solid veterans and a great coach that will get them through almost any game. 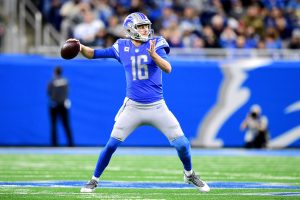 The Lions may have one of the most exciting young rosters among rebuilding teams in the NFL. Thought there were plenty of lumps last year, it was also a season filled with excitement. As much of their roster showed tremendous growth compared to their original expectations.

Though I do not view Goff as a great NFL quarterback, he is far from the worst and should at the least, be very serviceable. Receiver Amon-Ra St. Brown arrived in the last six games, averaging 93.3 yards per game and five touchdowns in that stretch. Along with St. Brown, they add Chark and the speedy first-round pick Jameson Williams who should be very dangerous once he returns. D’Andre Swift and Jamaal Williams help round out the offense, building arguably the second best offense in the division.

On the other side, their defense will likely hold them back in 2022. Second overall pick Aidan Hutchinson should help in the long term, but the rest of the unit remains uninspiring. Long term, the Lions may very well jump to the top of the division, but fans in Detroit will need to remain patient. Enjoy the ride, because there is plenty to like about the future of this roster. 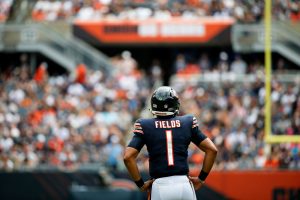 I remain as confident in Justin Fields as anyone. I believe that Fields holds all of the tools and abilities to be a franchise quarterback. The problem for Fields and the organization is that they are failing to set up Fields for success. The decision to let go of former head coach Matt Nagy was an obvious step in the right direction, but their team remains in dire need of help.

Fields had arguably the worst set of weapons at his disposal. Mooney is exciting, even if he doesn’t look like a number one receiver in the NFL. The only other weapons of note remain tight end Cole Kmet and running back David Montgomery. The worst of all of this news is the offensive line and the front office’s complete neglect to improve this dreadful unit. The line is ranked last in the NFL per Sharp Football Analysis. The crowning achievement for this unit was allowing the most sacks out of any team in 2021. Hardly the best solution to developing your young franchise QB. Nevertheless, Chicago opted to not improve this unit.

Defensively, there is plenty to like. The Chicago defense will keep games closer than they probably should be. Great defenders like Robert Quinn, Roquan Smith and Eddie Jackson will keep their defensive floor very high.

Chicago will get beaten and bruised by many teams, but 2022 is about development and the future. The Bears should have their franchise quarterback. The Bears now need to protect him and give him more weapons.

In the next installment, we will cover the NFC South. Comment below what you think of the NFC North, as well as your predictions for the South.