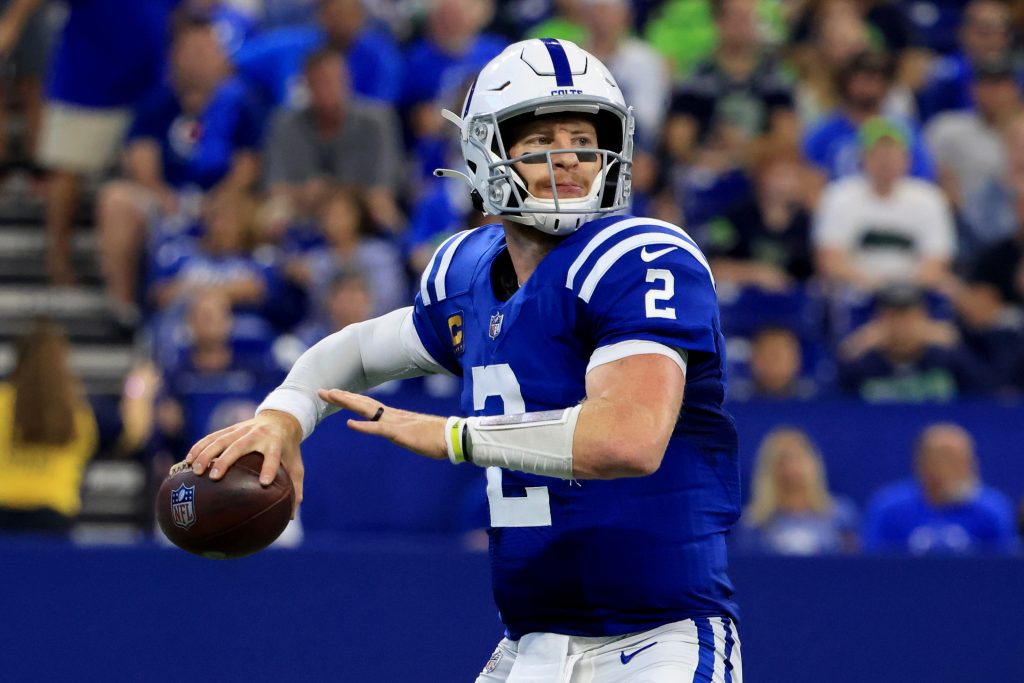 At this time, the Colts remain one of my favorite sleeper picks. Their roster appears to be fleshed out and in need of very few upgrades. They have a great mix of proven veterans and budding young stars.

To begin, Indianapolis made a massive improvement at quarterback. The move to acquire Matt Ryan from the Atlanta Falcons has been so under the radar, that it’s easy to forget the move ever happened. A year ago, this team’s playoff hopes were crushed as Carson Wentz fell apart during the ladder part of the season. His inability to rise to the level of the rest of the team is a large reason they missed the playoffs. This year the Colts will be bringing a former MVP who has thrown for 59,735 yards and 367 touchdowns over his 14-year career.

Additionally, the fans saw great progression from their two greatest offensive weapons. Jonathan Taylor should no doubt be the focus of the offense in 2022. Last year Taylor went for 2,171 all-purpose yards and 20 total touchdowns. That massive jump has made Taylor one of the league’s most lethal running backs. Factor in the fantastic offensive line they possess, running the ball should come easy for the Colts. What’s more, the development of Michael Pittman Jr. was a tremendous boost. The Colts will need him to repeat his 1,000-yard season again in 2022.

Meanwhile, the defense paired with the running game will remain the staple of this team and for good reason. Last season’s 10th-ranked defense found a way to improve again in the 2022 offseason. A scary thought with a group that featured staples like DeForest Buckner, Darius Leonard and Kenny Moore. Nevertheless, they were able to add Pro Bowl talents such as edge-rusher Yannick Ngakoue and cornerback Stephon Gilmore.

It’s easy to envision how this defense and running game should compliment each other perfectly in 2022. Couple that with a massive upgrade at the league’s most important position, the Colts should be viewed as the favorite to make it out of a less than stellar AFC South. Games against the Texans and Jaguars should be easy to manage. While the Titans are tough and well coached, they have also lost a bit of their production. Look for the Colts to join the 10-12 win club in 2022. 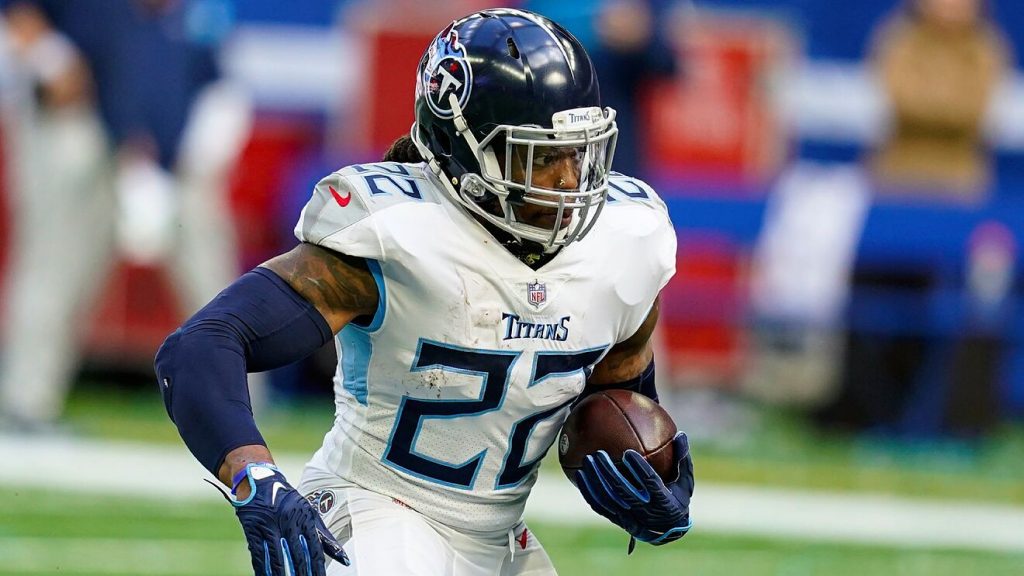 As noted previously, I expect Tennessee to take a step back in 2022. I may be lower on the Titans’ current situation, but I believe the losses sustained will be hard to overcome. Couple that with the Colts upgrading and the Jaguars ( while young ) improving, this may be the start of a Titans’ decline.

It’s impossible to ignore the loss of rising star A.J. Brown and Pro Bowler Julio Jones. Though Julio was not nearly as effective as he had been in Atlanta, one less weapon is never good. One could argue that was also a product of the man throwing to him as well. The same cannot be said about the loss of Brown. In three years Brown has acquired 2,995 yards and 24 touchdowns. The loss of that production will be difficult to replace. The addition of Robert Woods looks nice on paper, but there is no telling how he will rebound following a torn ACL in 2021. The offense will be so dependent on the production and health of running back Derick Henry. If he can’t return to his 2020 form, it will be hard for Tennessee to contend.

I also have my concerns about Ryan Tannehill. Last year, the QB passed for just 21 touchdowns and 14 interceptions with a poultry 89.6 QBR. Unfortunately for the Titans, his game against the Bengals in the AFC conference championship ( one touchdown, three interceptions and a rough 66.7 QBR ) has been the best example of Ryan in big games. Tennessee may have already seen the best of Tannehill. There is a real possibility that they will look to rookie QB Malik Willis to provide a spark if things get ugly early.

It’s hard picking against the Titans. I have tremendous respect for Vrabel. He is a great NFL coach and seems to always overachieve. And while the defense is good ( ranking 6th a year ago ), they have aged another year and failed to add significant talent. My fear is that the woes of the offense will be too difficult to overcome. 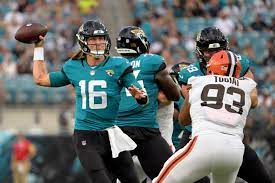 Contrarily, I may be higher than most on the outlook of Jacksonville. While they won’t be able to compete with the upper teams in the NFL, they should be able to take advantage of middle to lower-end teams.

To start, the Jaguars were ravenous for offensive talent to add around franchise QB Trevor Lawrence. Though coming at a high price, they added a lot of talent to their offense. Bringing over WRs Christian Kirk ( with a career-high 982 yards in Arizona) and Zay Jones. Adding tight end Evan Engram was a massive move. Health has been one of the key contributors to limiting production for Engram, so he will need to show that he can stay on the field. But a talent such as Evan with a more reliable passer in Trevor should provide fans in Jacksonville with plenty of excitement. Additionally, the Jaguars also made a nice move to bring in guard Brandon Scherff to help protect their sophomore QB.

Forecasting a jump for the Jaguars largely comes from a belief that Trevor Lawrence will improve, despite a shaky rookie season. The talent is so great with Trevor that it seems unlikely that he won’t eventually figure things out. Adding an upgrade at head coach with Doug Pederson should help as well. Pederson has a proven history of improving offenses and it seems likely that he should be able to repeat that success. The south is vulnerable. Houston will not be competitive this year and Tennessee seems more fragile than ever in comparison to recent history. 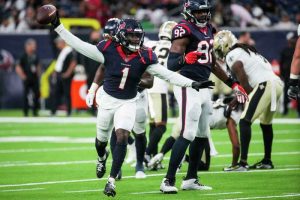 Though extremely rare, it is not impossible to imagine the Texans failing to win a game in 2022. This record may be lower than expected ( which is saying a lot ) but when looking at the teams Houston will have to play, it is really hard finding a game that they could easily win. The Bears, Giants and Jaguars all seem like teams they could possibly beat, but factors such as home field and roster construction make that hard to believe.

Despite this, there are some positives when looking at Houston’s future. The Texans’ draft pick of Derek Stingley Jr. should prove to be a tremendous acquisition. Derek has all of the tools to be a lockdown corner in the league for years to come. Headlined by six interceptions in his freshman season at LSU, Derek was sensational, picking on receivers and quarterbacks alike. His development should be the number one priority in 2022.

Despite that brief glimmer of hope, the offensive outlook seems bleak at best. The offense will need to lean heavily on Brandon Cook for production. The good news is that he is coming off his sixth season of 1,000 or more yards in just eight NFL seasons. Regardless, that is still asking a lot for one receiver. Rookie wideout John Metchie III will almost certainly miss an extensive amount of time after he was recently diagnosed with acute promyelocytic leukemia. It’s also hard to picture Houston being able to lean on their running game with Marlon Mack as the featured back. Mack hardly seems reliable, as he has only eclipsed 1,000 yards once in his career. In 2021 he could only play in six games and in 2020 Mack was only available for one game.

Houston may be able to pick up a win or two from unsuspecting teams, but it’s hard to envision them winning against the current NFL landscape. And with a loaded 2023 NFL draft at the quarterback position, it would behoove the Texans to remain patient and try and snag one of the next year’s possible franchise quarterbacks.