Of course, when it comes to Philadelphia, I have to start this article out by giving a shoutout to the legend Rocky Balboa out of the Fighting City of Philadelphia. Now, this does not, by any means, make me an Eagles fan. Yes, I still will be cheering on my Browns today in this thrilling preseason game.

First, quarterbacks Deshaun Watson & Jacoby Brissett will not play today. You can read my article on ELEVEN DESHAUN WATSON THOUGHTS by clicking HERE. Thus, this means that quarterbacks Josh Dobbs and Josh Rosen will get the reps for the Browns today. It’s important because sadly the Browns are one big hit away from Dobbs/Rosen being thrust in a game this season.

The Browns and Eagles held joint practices this past week and got to know each other before the game today.

Cleveland should hope for a better performance from wide receiver Anthony Schwartz because of his drops in last week’s game. He needs to prove that he’s capable to play when it actually counts most. After all, the Browns are in need of wide-out play. Apparently, he did play better in these past practices.

There were other rookies that made a mark in the first preseason game. RB Jerome Ford, CB M.J. Emerson Jr., K Cade York and DE Isaiah Thomas. Let’s see if any of these guys can shine in Week 2 again.

In regards to the Eagles, just please don’t hurt any of our players. Or else we’ll send Rocky Balboa your way! 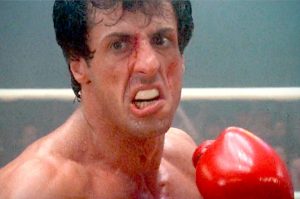 After all, the Browns have already lost G Dawson Deaton, C Nick Harris and others to injury. Losing more could end up being catastrophic.

Even though the game is in Cleveland, expect lots of banter about Watson from fans of the Eagles that are at the game. That’s just how it’s going to be…probably forever. Any game, at any time and any place…

Those fans of Philly will be watching for quarterback Carson Strong, DE Tarron Jackson and their safety group. This via the Philly Sports Network.

Ultimately, no, the preseason does not count. However, this game can straighten out a few things and help the team figure out its direction even further. After all, there will be roster cuts.

Well, 1 p.m. at First Energy Stadium it’s football time. And hey, it never hurts to have a Browns game to watch…until they start sucking.