With the news that the Cleveland Browns are letting Joe Schobert walk in free agency because they were not willing to meet his contract demands, the Browns will definitely be looking to bolster the linebacker corps. While Schobert is a pretty good player at the position, I am not exactly sure he’s worth $10+ million per year. I know that many Browns fans are rightfully upset because Schobert is a quality MLB with elite coverage ability, but I think the Browns made the right call because they don’t want to overpay Schobert to a massive contract. Even though he makes a lot of plays, he does have a couple glaring deficiencies with missed tackles and block shedding that make him replaceable at his asking price. Also, if he does receive a huge contract in free agency, the Browns will be in line for a nice compensatory pick in the form of an extra 3rd or 4th round pick in 2021, which helps soften the blow of losing Schobert. The Browns will definitely need to add talent to the linebacker unit this offseason through free agency and/or the NFL Draft to upgrade the position and there are some quality options for the Browns to explore.

A lot of there options in free agency greatly depend on price point. While Cory Littleton would be a great replacement, he will likely command a cumulative price tag to Schobert. The Browns likely aren’t interested in any type of $10+ million deal for a linebacker in free agency, so anyone on the market demanding that type of money can be ruled out. If I had to guess, the Browns will go after depth for the position in free agency unless they can get a solid player on a cheap deal. 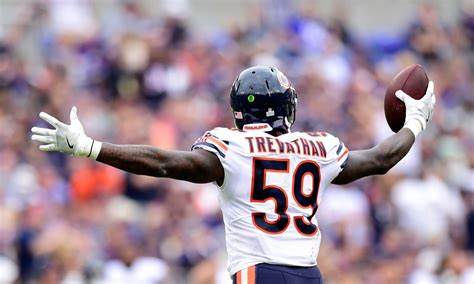 If the Browns are looking for a plug and play starter at MLB on a cheaper deal, they could look at Trevathan. Trevathan is 30 years old now and he has some injury history, which will drive his price down. He and DC Joe Woods worked together on the Broncos in 2015, so there is some familiarity there. When healthy, he is a tackle machine and a proven, quality starter in the NFL, so if he is willing to accept a cheap, two-year deal, he might be a nice option to bridge to a more long-term replacement. 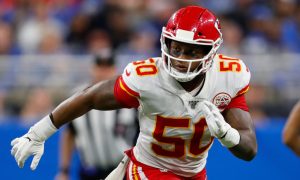 The Ohio State product and former 1st round pick were traded to the Super Bowl Champion Kansas City Chiefs last offseason, but his role diminished after a productive season with the New York Jets in 2018. He was highly-coveted the last offseason because he was elite in coverage during the 2018 NFL season. Since he did not do all that much this season though, his value has diminished on the open market. He will likely be cheap; he’s still young at 25 years old and he has proven (in 2018) to be great in pass coverage, which is where the Browns will miss Schobert the most. Lee could be a real steal for the Browns and he might have an interest in coming back to Ohio in search of the opportunity at a larger role.

The linebacker class is not too deep, but there are some quality players that can have an impact on day one. Bringing in young players on controllable deals is what this front office is looking to do, so I expect them to address most of their needs in the draft. If they plan on finding a long-term replacement for Schobert, they will likely look toward the draft to find him. 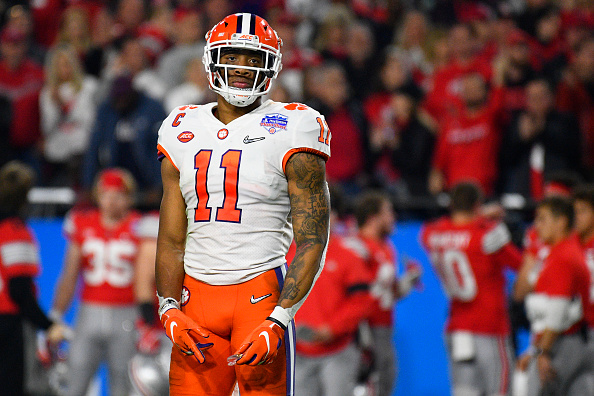 For those of you who don’t know Simmons, he is the LB/S/CB/Edge hybrid superstar who just ran a 4.39 40 yard dash at 238 pounds out of Clemson. Simmons has the potential to be a generational talent in the NFL, so he might not last until the 10th pick. However, if he’s there, I would argue that Simmons is truly just too unique of a prospect to pass up for a tackle no matter how large the need. He can play sideline to sideline with ease, has elite coverage skills and he has the ability to make a huge, impact play at any second. Put a dynamic playmaker in the middle of the Browns defense behind that defensive front lead by Myles Garrett, and the defense could be incredibly special next season. Simmons could be the Browns target at pick 10 since they were willing to let Schobert walk and he would be an immediate upgrade at the position and a front-runner for Defensive Rookie of the Year. 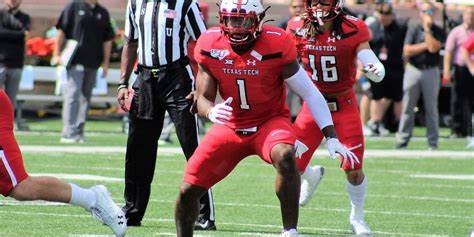 Brooks was an integral piece of the Texas Tech defense all four years of his college career, and he developed into one of the best linebackers in college football. After running a 4.54 40 yard dash, he proved that he has the athleticism and speed to effectively move sideline to sideline and run with RBs and TEs in coverage. Brooks has the range and finishing ability to play MLB in the NFL. He can be had by the Browns on day 2 of the NFL draft, and after a few growing pains, he could potentially become an upgrade to Schobert.