When a player is traded in the NFL, it is usually for future draft picks rather than other NFL players. David Njoku has been a name involved in trade rumors ever since he requested a trade earlier this summer. He has since rescinded his request and has committed to the Cleveland Browns for the season, but there is still a chance he is dealt anyways. New head coach Kevin Stefanski loves two tight end sets, and he has claimed numerous times to the media that he is excited to work with Njoku despite signing star TE Austin Hooper and drafting rookie TE Harrison Bryant, who was just won the Browns’ Maurice Bassett Award given to the standout player in training camp. With those two new additions, the writing could be on the wall for Njoku, and it is reasonable to assume quite a few teams would be interested that the right price in the 24 year old, athletic freak TE who has put up 93 catches for 1,066 yards and nine touchdowns over his three year career. More than likely, the Browns would receive no higher than a third round pick, and once again, the Browns are more likely to be compensated with draft picks rather than a player. However, there are a few players that could be trade candidates who could help the Cleveland Browns this season. 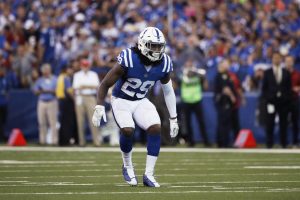 Many Browns fans are already familiar with Malik Hooker due to his playing days at Ohio State where he starred at free safety  and eventually became the fifteenth pick in the 2017 NFL Draft. Injuries have prevented Hooker from completing a full NFL season through the first three years of his career, but he has managed to be a productive FS when healthy. Over 34 games, he has 117 tackles and seven interceptions. It would make sense why the Colts would want to hang onto Hooker despite the injuries, but they declined his fifth-year option and drafted FS Julian Blackmon in the third round of this year’s NFL Draft. Beyond that, Jack Doyle is an injury prone TE for the Colts, and the team’s other proven TE, Trey Burton, injured his calf. If they determine it to be a serious injury, the Colts will be very thin at TE. With that being said, this could be a welcome swap for both teams because Njoku could fill the void at TE for the Colts and Hooker could slot in at FS to replace the injured rookie Grant Delpit. 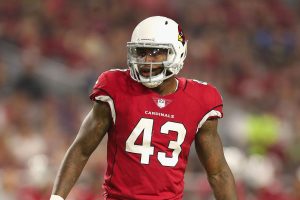 Hasson Reddick was a riser during the 2017 NFL Draft, and he was selected thirteenth by the Arizona Cardinals. So far, he’s been quite disappointing, which led to the Cardinals declining his fifth-year option. However, he has plenty of experience playing in all 48 games the past three seasons while starting twenty of them. At just 25 years old, Reddick is still young and going into his fourth season with a lot left to prove to live up to his draft stock. It’s no secret that the Browns are starved for linebackers though, as they seemingly have one of the worst few units in the league as of right now. Reddick has 192 tackles, 7.5 sacks, and eighteen tackles for loss over the past three seasons. There’s clearly some production there, so a change of scenery might be what’s best for everyone involved in the trade. Reddick would give the Browns some semblance of a starting linebacker, and they might luck into a breakout year for the former first round pick if he is given the opportunity.

Some other spots Njoku could be traded but most likely for just a pick or two are: