I grew up as a little boy that was a huge Cleveland Sports Fan. The outcome of the games meant so much to me and it was literally everything whether my team won or not. Getting older and I’m still a huge fan, however, it’s not the same anymore. There are more important things in life than if the Browns win or not and I’ve come to realize that being the young man that I am.

Last night, there were two events happening at the same the that carried extreme significance.

A player named Damar Hamlin on the Buffalo Bills collapsed on the field during Monday Night Football against the Cincinnati Bengals after taking a hit. His heart stopped on the field and they had to administer CPR. The man was potentially dying on the grass. He was taken to the hospital via ambulance…

At this same time, the Cleveland Cavaliers were facing the Chicago Bulls in what ended up being an absolute thriller affair with Donovan “Spida” Mitchell scoring 71 points for the Cavs in a 145-134 overtime win. That is the all-time scoring record for a Cavs player and the most since Kobe Bryant (RIP) scored 81 on the Raptors in 2006. 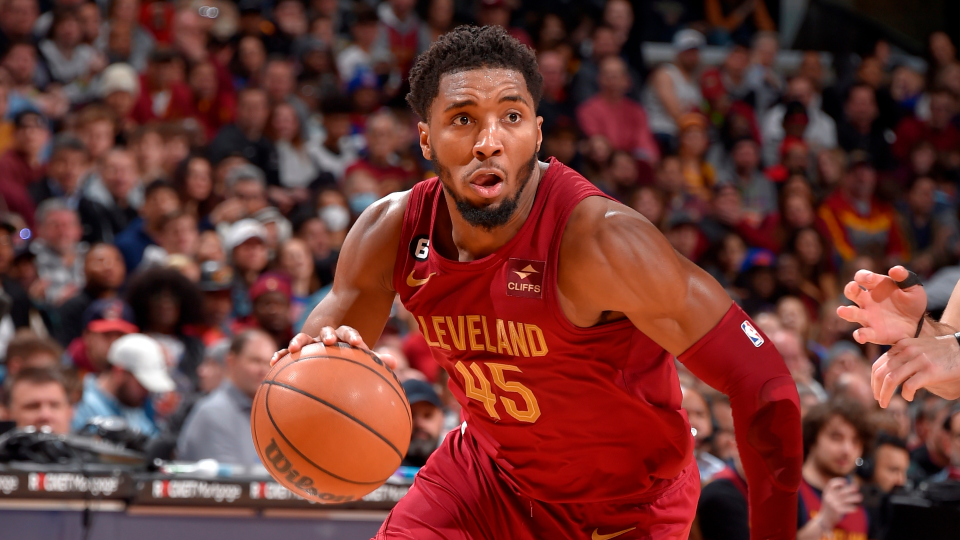 These two events happening at the same time gave me an incredibly crazy feeling.

Yes, seeing the 71 points on display as the Wine & Gold went on to win was so fun being the huge fan that I still am. Yet, at the same time, I was following updates on Twitter and switching the channel back and forth to keep tabs on this young man that was fighting for his life.

It made the 71 points really mean nothing. A young man’s life was on the line and a Cavs player could score 100 points and it wouldn’t matter if a person was this close to death.

This morning, the Buffalo Bills gave an update on Hamlin:

“Damar Hamlin suffered a cardiac arrest following a hit in the Buffalo Bills’ game versus the Cincinnati Bengals. His heartbeat was restored on the field and he was transferred to the University of Cincinnati Medical Center for further testing and treatment. He is currently sedated and listed in critical condition.”

The game was canceled at the 5:58 mark in the first quarter. There is no word yet on any rescheduling or anything of that nature football-related. That seems minuscule in comparison to the health of this young man.

It’s hard. Because I’m certain that there were so many Cavs fans that wanted to celebrate likely the greatest performance in regular season Cavs history, crack open a favorite beer and just relax for the rest of the night enjoying the win.

Nope. There was a more important and serious event going on that demanded the attention of fans. Something so scary. Like, literally this player could’ve potentially died on the football field.

The events of last night were a reminder. Something that as I’ve grown up, even with some health challenges of my own (nothing life-threatening), I’ve continued to realize the truth.

Sports…don’t actually matter. If the Browns suck, they suck. If the Cavs don’t hit that game-winning shot, so be it. When the Guardians change their name, it’s changed.

I continue to pray for Damar Hamlin and hope for his continued restored health. I congratulate Donovan Mitchell on his basketball performance. I’m reminded of what matters and what is simply for our enjoyment in Cleveland Sports.