Fast-forward to Saturday night in what was the Crunch’s final home game of the season and a battle for a playoff spot on the line. Chicago was looking to avenge a 14-2 shed whoopin’ in Muskegon, Michigan back on April 24 and if the last two games between the Crunch and Mustangs had taught us anything it’s that these games are going to be tough.

In a packed sold-out Soccerplex in North Olmstead, the Crunch gave the fans a game to remember. In the first half, Derezic(2) Pepper(2) and Spragling would all score for the Crunch and give themselves a 5-3 lead at halftime. In the second half goals by Jordan(2), Beck and Bernard would give the Crunch a score of 9-6 with the Mustangs mounting a small comeback and replacing their goalkeeper with a 6th man to put the game at 9-8 with 10 seconds left in the game. The “magician” Marijo Musa would make a save followed by another defensive stop to end the game. The energy never left the Soccerplex as the Crunch celebrated with the fans on “Fan Appreciation” night to end the night with a spectacular win. I managed to catch up with head coach Lou Kastelic to get his thoughts.

” I’m glad we got the win. Now the goal is to get healthy. We got some guys that are dinged up, and we were missing a couple of people, but the guys showed grit and toughness and we did what we had to do especially for our home fans. It’s been an AMAZING season and we are looking forward to keeping it going!” 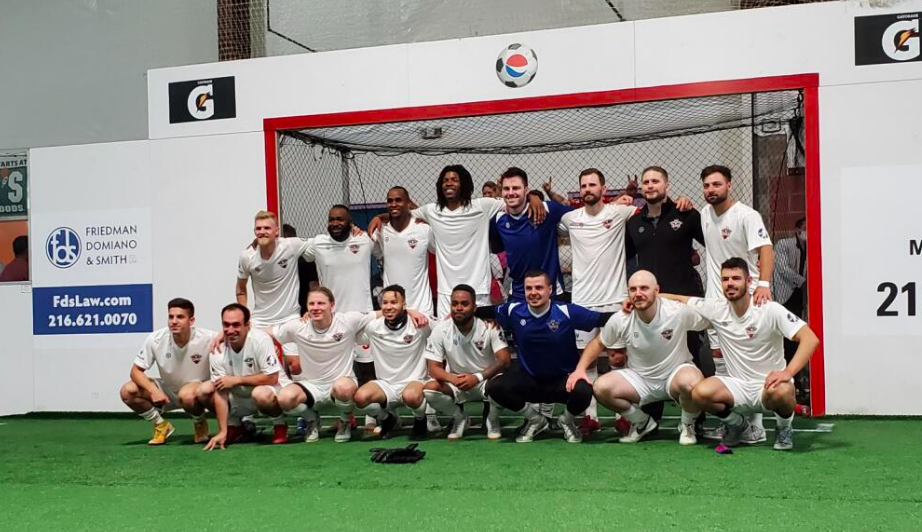 I called it ” Poetic Justice” because the Crunch avenged their only loss of the season and got the win with the same score they lost by, earned a spot in the playoffs and finished their home season UNDEFEATED! The Crunch also took two of three in their series with Chicago and also go undefeated in the Great Lakes Invitational which gave them their playoff spot.

On top of handling business against Chicago, the Crunch also made history. AS of this writing and through some research this 2021 Crunch team finished their home schedule undefeated for the first time in team history!

They have some time off but will be back on the road June 5 and June 6 against the Wichita Wings and a rematch with the Omaha Kings. The Crunch have a very good shot to bring home another title for Cleveland and I’m confident they will!