On Saturday, I tweeted via the CST account the following: 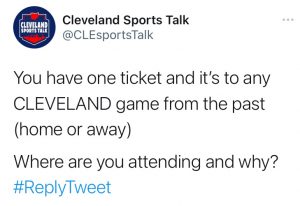 First of all, we would need to recruit these two… 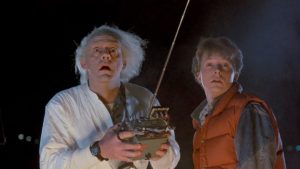 If I actually had the ability to travel back to the past and see one Cleveland game, which would it be?

I tweeted on my personal account that I’d like to see legend Satchel Paige pitch, but that is a general player and not a single game. 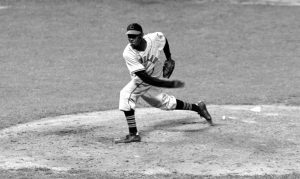 I also have to remind myself that Rocky Balboa is amazing and awesome but his fights are fictional and he’s not a Clevelander! 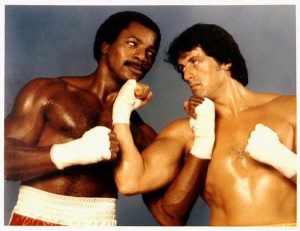 Now, there are also plenty of games that the moments that happened while watching the game are what make the game extremely special and not the game itself. For example, when in ’02 Bill Selby hit that walk-off against the legendary closer Mariano Rivera and the Yankees, it was certainly amazing. However, it was the fact that I was watching it at my grandparents’ house with two people that I love dearly that made the moment even better. It’s ironic cause being at that game would’ve made that moment actually worse for me… 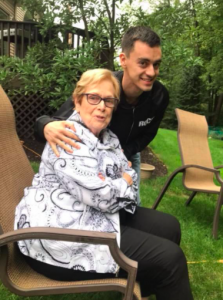 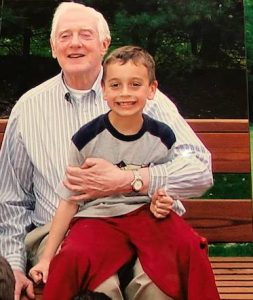 Thus, I had to buckle down and really decide where and when I wanted to go and why I chose that place over anywhere else. And that’s when the choice was made. 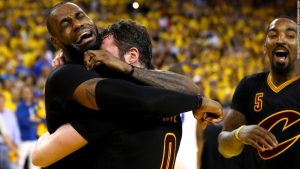 Is it a cliche choice? Sure. However, to see LeBron’s Block and Kyrie’s Shot in person and a Cleveland team winning a title would be absolutely magical. I would have cherished those moments even more than I do now if I got to see them in person.

Indians Games of The 90s (hard to choose just one)

Many more of course…

These past few years haven’t been easy for anyone with Covid and all the restrictions that come with it. Let’s hope that in the coming years everything will return to normal and all of us fans will get to attend the games of the Cleveland teams we love!