With there being no actual sports in play right now, the amount of prevalent things to talk about with immediate relevance wanes by the day.

For the Cavaliers, stuck at the bottom of the barrel in the NBA, that might be a good thing. Perhaps the Indians’ controversial ownership and rather volatile future outlook could also use the opportunity to take a breather and step out of the public spotlight.

So, until the horrible Covid-19 pandemic finally subsides, let’s take a glimpse back into busier, more productive March 30ths in the past, specifically those which pertain to Cleveland Sports.

…And for today, there really isn’t much.

In fact, digging as deep as humanly possible, the Cleveland-native Dave Ellett, a former Winnipeg Jets player and Toronto Maple Leafs star, was born on this day back in 1964.

Ellett was drafted to the NHL in 1982, where he proceeded to spend the first eight and a half seasons with the Jets as a solid defenseman.

Ellett’s most notable moment with the Jets came in the 1990 Smythe Division semifinal series against the Edmonton Oilers. With the game tied at 2-2 in double overtime, Ellett scored a power play goal to give the Jets the win, that subsequently gave the team a 3-1 series lead. This goal is often considered to be the most memorable goal in franchise history, despite the fact the team would go on to lose the series. 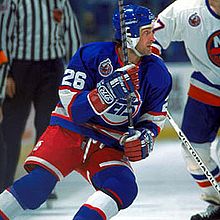 Unfortunately for him, that would mostly serve to be the last memorable moment in general he would have with the Jets, being traded in the middle of the following season. He would get sent to the Toronto Maple Leafs, where he absolutely flourished. Toronto was somewhat of a one dimensional team at the time, with an elite offense but a lacking defense. Here, Ellett’s talents fit in quite well and gave the team great value for their fairly meager haul given up to acquire him. He was largely responsible for pushing the team over the hump and reaching the Conference Finals just a few short years later, in 1994 and 1995.

He got traded again in 1996 to the New Jersey Devils, where he would turn into more of a journeyman. At the end of the 1996 season, he left the team and signed a two year deal with the Bruins. Once that contract expired, he was off for greener pastures in St Louis with the Blues, where he would play for one season before deciding to call it quits. 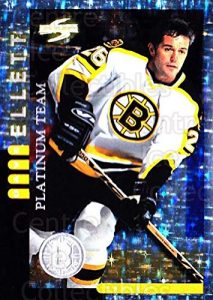 Interestingly enough, Ellett ended up playing for Team Canada in the World Championships, despite being born in Cleveland.

In his career, Ellett played in a total of 1129 games, scoring 153 goals, 415 assists, being responsible for 568 points and committing 985 penalties, just a bit short of the eon mark. He would end up being quite battle tested for the postseason, experiencing the high stakes of the playoffs in 13 seasons, amassing 116 games of work in these crucial bouts.

While he doesn’t really have a specific tie to Cleveland, the fact that he was born in Cleveland is… Something. His dad played for the Cleveland Barons in the AHL, which would explain why it was his birthplace.

Hopefully there are more memorable “on this day” segments over the course of the next week or so.