Given the conditions brought forth by the coronavirus, it may seem ill-advised to remind everyone of something that is technically negative that happened back in 1993. That said, there’s also plenty of positive to take away from it that the collective fanbase should appreciate. 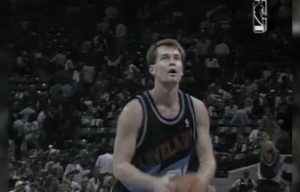 On this day in 1993, renowned and respected guard Mark Price saw his consecutive free throws made streak end at 77, one short of the all-time record of 78 set by Calvin Murphy. In a somewhat painfully ironic game, the Cavs ended up losing that game by one point, 114-113, in Charlotte that day.

While having such a prolific streak come to an end is a negative, the fact that Price officially stamped his name down in history in some way should ultimately be viewed as a positive. The record has since been broken, but only once albeit in dominating fashion- Micheal Williams of the Timberwolves hit 97 such successful attempts, beginning in 1993 amusingly enough.

If given the chance, I could give you 216 reasons why I follow these teams, and not a single one of them would justify the abuse.