Arguably the most notable of the two occurred back in 1960. On this day, the Indians traded away the iconic Rocky Colavito to the Tigers for Harvey Kuenn. This was the birth of the infamous Curse of Rocky Colavito, which supposedly mired the team in mediocrity for three decades. 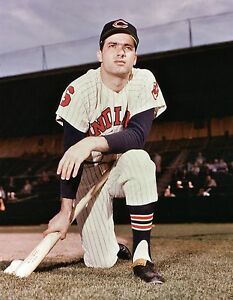 Colavito would play two seasons with Detroit, cross over to play with the Kansas City Athletics for one season, then return to the Indians briefly in 1967. Here, he would play 63 more games for the team before departing once again to the Chicago White Sox. A couple of very brief stints with the Dodgers and Yankees later saw Colavito finally hang it up on a prolific career.

In 14 seasons, Colavito hit 374 home runs, batted .266 and recorded 1,730 total base hits. He would later go on to be inducted into both the National Italian American Sports Hall of Fame and the Cleveland Indians Hall of Fame.

Additionally, and more recently, on this day in 1999, the Cleveland Browns decided to place their faith in Tim Couch with the NFL Draft’s first overall pick. 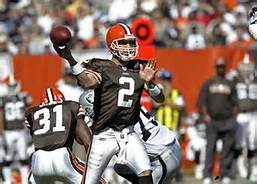 As would be the case with many Browns quarterbacks to come, Couch did not pan out in Cleveland. Couch would go on to throw more interceptions than touchdowns by a 64:67 margin, throw a bit more than 200 yards a season and held a 22-37 record as a starter before the plug was pulled following the 2003 season.

Couch’s time in Cleveland has often been contentious. On one hand, his stats were utterly abysmal. On the other, a very reasonable argument could be made that his supporting cast on offense was also terrible, and it doomed him from the start. Either way, Couch would leave the Browns, and the NFL in general, after 2003, never to return again.