The Ohio State Buckeyes are set for a huge game on Saturday December 7, 2019, against the Wisconsin Badgers in the Big 10 Championship game. At 12 – 0 and being ranked as the number one team in the nation, the Buckeyes have had a mega-successful season with first-year coach Ryan Day being named Big 10 Coach of the Year. Ohio State comes into this game with some of the most impactful players of the 2019 season, one main star being sophomore quarterback Justin Fields.

The Kennesaw, Georgia product has taken the offense by the reigns and led it to success behind a great arm as well as a great running game with J.K. Dobbins. Justin Fields enters the game with 37 touchdowns to one interception as well as a completion percentage of 68.2%. The touchdown to interception ratio is astronomical for a player who had very limited playing time as the backup behind Jacob Fromm at Georgia. These fantastic stats led to Fields being named Graham-George Big 10 Offensive Player of the Year.

Fields is not the only explosive member of the offense. Ladies and gentlemen, let me introduce you to J.K. Dobbins. During the Michigan game, Dobbins collected 31 carries with 211 yards and four rushing touchdowns. Averaging 6.6 yards per carry this season, the Michigan game was the “coming out party” for Dobbins this season with his second-longest run of the season, 41 yards. 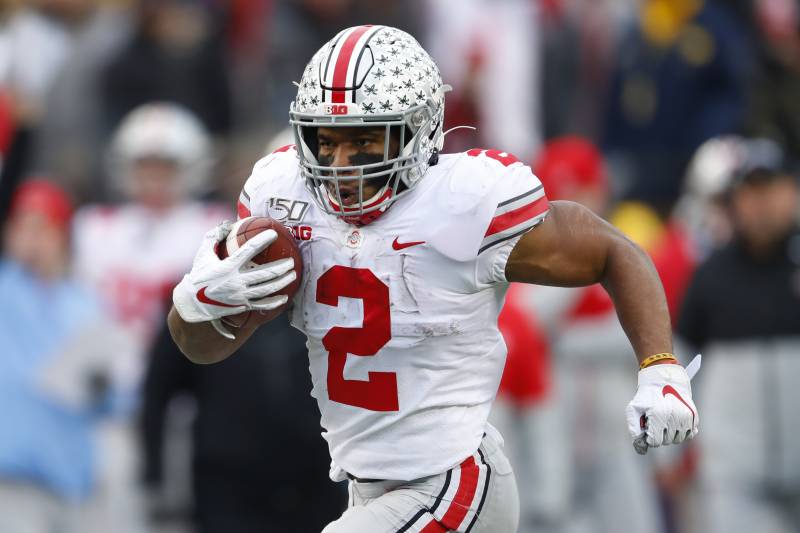 The man who has been the largest cog in the passing game this season has been Chris Olave. Having his “coming out party” last season and has kept that momentum going this season. With 705 yards in 41 receptions, Olave has been the best receiver for the Buckeyes this season. Olave also has a track record against the Wisconsin Badgers. In the game that occurred between these two teams on October 23, 2019, Olave had seven receptions for 93 yards and two touchdowns.

Let’s switch to the other side of the field now.

The Ohio State defense has been without a shadow of a doubt one of the best defenses in the nation in the 2019 season. The Buckeyes come into the Big 10 Championship game with the number one team in the nation in terms of total defense. Allowing an average of 3.83 yards per play as well as 49 sacks and fifteen interceptions on the season. This defense has been killer all season and there should be no reason that should change during this game.

This is not to say that the Wisconsin Badgers are not a good college football team –  they are. However, there is no denying how good this Ohio State team is. This team has been Ohio State’s best chance to win a national championship since the 2014 Championship Team.

Only time will tell, but the Buckeyes should win this game on Saturday and without a doubt be one of the four teams out of 130 competing for a national championship.